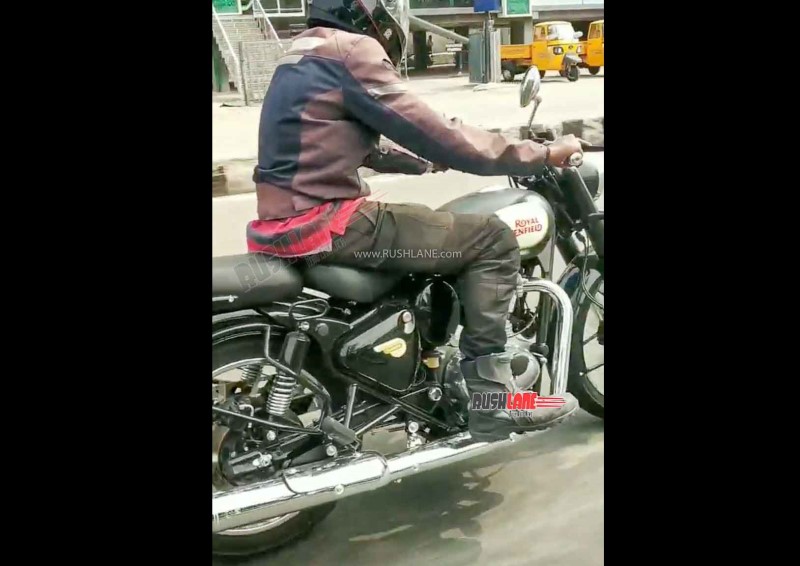 2021 Classic 350 launch may be closer; it will come with an all-new engine and platform. In short – expect biggest changes for the roadster…

We have spoken a lot of times about Royal Enfield being the dominant force in the classic motorcycle segment in the country. But today, let us talk about the motorcycle that has made it possible for the company – the Classic 350.

The motorcycle constitutes for almost 60-70 percent of the company’s volumes every month, and is an undisputed leader in its segment. However, with the competition heating up (read Jawas, Benelli, and the most recent CB350 H’ness from Honda), the Classic 350 has definitely started to look dated.

However, the good news is that RE realizes this and it is planning its overhaul and this time the biggest ever for the old workhorse. The new-gen Classic 350 has been spotted again but this time it is in almost production ready state. In the spy video it may not look drastically changed but in reality, it is getting the completely new platform of the Meteor 350, along with its engine.

The 2021 Classis 350 is built on the new modular J platform, which will also be used for several other products in the near future. With this update, the motorcycle is now expected to be better in terms of handling, maneuverability, and comfort. This means that the bike will have an improved power-to-weight ratio, and will also be agile in city conditions.

In terms of styling, the Classic only gets minor changes as it retains the core design of its predecessor. The bike continues with round headlamp which still features a halogen bulb instead of LEDs. However, it will get LED DRLs, new paint schemes, and a semi-digital instrument cluster.

Talking about the features, it gets Bluetooth connectivity just like the Meteor 350, which allows users to access a slew of features via their smartphones.

With the new SOHC engine, the new Classic 350 is expected to be a much more refined motorcycle. On the Meteor this engine produces 20.2 bhp of maximum power at 6,100 rpm, along with 27 Nm torque at 4,000 rpm. It is paired with a five-speed gearbox.

SPIED: What is Royal Enfield Testing in This Himalayan…?

The new Classic 350 was initially scheduled for the festive season, but COVID-19 led disruptions have led to a delay. Expect it to be launched in the next few months at around the similar price range of the current model.