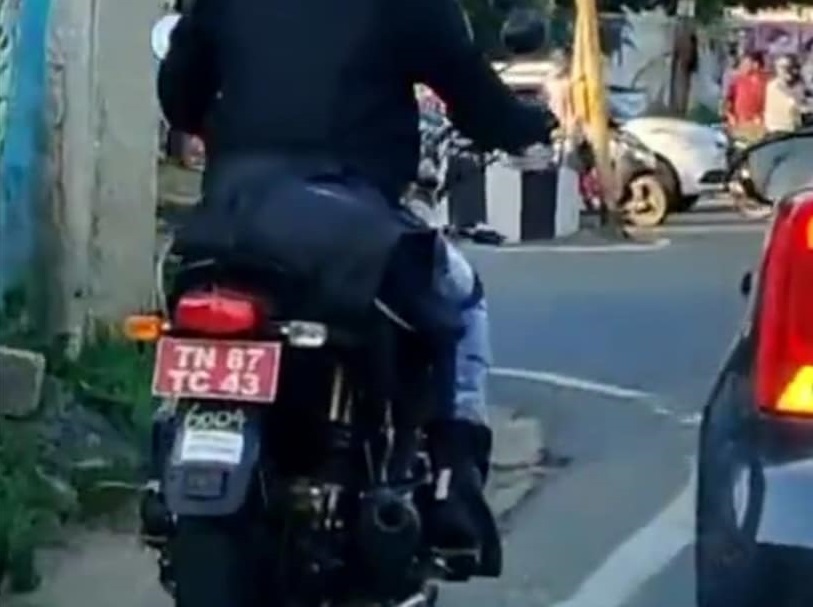 Is this the first ever spotting of Interceptor 350? What else describes the single side exhaust of this test mule that has been snapped on the road…

In a very interesting development, a Royal Enfield fan has posted spy pics of a very mysterious Interceptor mule on Facebook.

The first thing that you will notice is that single side exhaust from whatever little is visible. The current Interceptor 650 runs on a twin cylinder engine and has two exhausts that jut out from either side of the wheel.

Immediately, this poses a question – what is Royal Enfield testing on this motorcycle? Does that single side exhaust hint at the possibility of Interceptor 350? In other words, is this the tried and tested successful recipe of Interceptor roadster model with the all new 350cc engine of the Meteor that is definitely going to many other models.

A single cylinder Interceptor 350 does not look a vague concept and could be a reality. It can sit as a simpler model in the 350 portfolio around that 1.60-2.0 Lakh mark – significantly undercutting its twin sibling – depending on the kit the company intends to offer. Yes, since it is a simpler model, it could even undercut the Meteor – but then, all of this is pure speculation at this point of time.

Other bits to note are those different side blinkers but this is simply a test mule and the company can put anything from its parts bin. They won’t definitely make it to the production model.

If, indeed, the company is working on such a model this could be a big development and will definitely broaden the 350cc lineup. Let’s see if there is actually something on these lines….