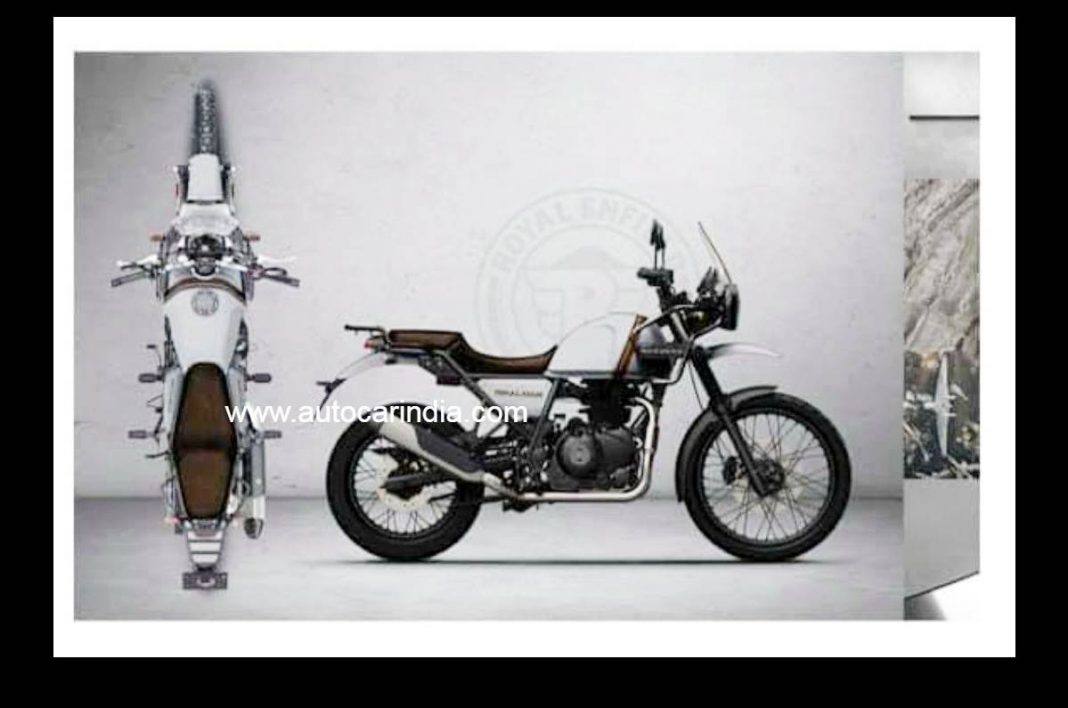 2021 Himalayan launch within the next few days. It is listed to receive few new features apart from fresher shades…

Royal Enfield has been on its toes since competitors started squaring up against it. Things became serious when Honda introduced a direct model bang against RE’s Classic 350. Apart from expanding its footprint to areas where it is not present currently across India, the Chennai based manufacturer is also busy increasing its product portfolio.

Alongside that, it is also improving existing models and few – like the Interceptor and Himalayan, etc were spotted testing on the roads recently. In a latest update, the 2021 Himalayan has leaked completely. A studio shot from two angles reveals few new changes on the Adventure model.

As a first, there is a new dual-tone color theme of white and grey, accentuated by a dash of brown on the tank and seat. The report says there will be another shade of black on offer. Further, the report claims that there will be minor changes to the frame – possibly for strengthening, along with tripper navigation.

More importantly, the new 2021 Himalayan is speculated to be launched as soon as this month with all the betterments. Prices are expected to increase by a few grands…