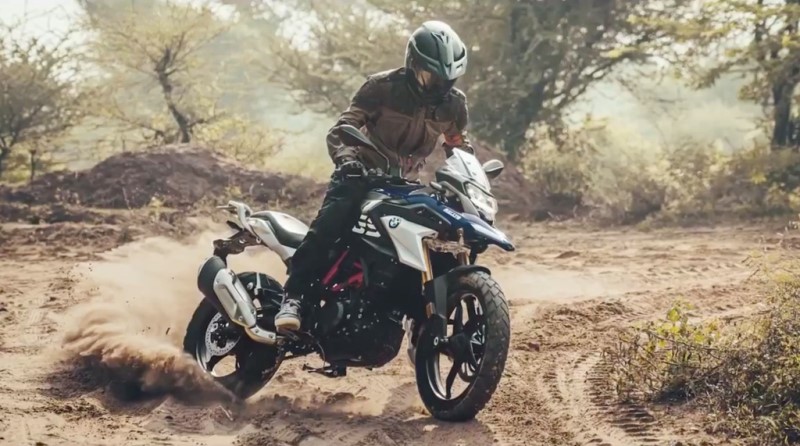 Along with the roadster sibling (launch story here), BMW Motorrad has also updated the G310 GS ADV for model year 2021. The GS also continues with the same backward tilted 313cc, single cylinder, four valve engine which has now been updated to meet Bharat Stage 6 emission norms. It produces max power of 34 hp at 9500 rpm and peak torque of 28 Nm at 7500 rpm.

Among new features, the 2021 G310 GS gets full LED lighting and ride by wire technology. Further, it is also equipped with four stage adjustable handbrake and clutch levers for convenience, specially for those with shorter palms/fingers.

To freshen up the line-up, the ADV comes in three new colors – Polar White, Cosmic Black (which is the ’40 years of GS’ edition) and Kyanite Blue Metallic (also called as ‘Style Ralye’ edition).

The older model was officially priced at Rs 3.49 Lac which means BMW has gone for a massive price slash of Rs 64,000 on the ex-showroom price, which corresponds to 18 percent. Like we said this earlier, you were paying this premium just for the ‘BMW’ moniker so far!

This means that the GS is now a more worthy competitor against KTM’s 390 Adventure and undercuts it by almost Rs 18,000-19,000! BMW is also offering it at attractive finance plans including one with an EMI of Rs 5500 only.

It is offered with a 3-year standard warranty (unlimited kilometers) which is extendable for two more years.