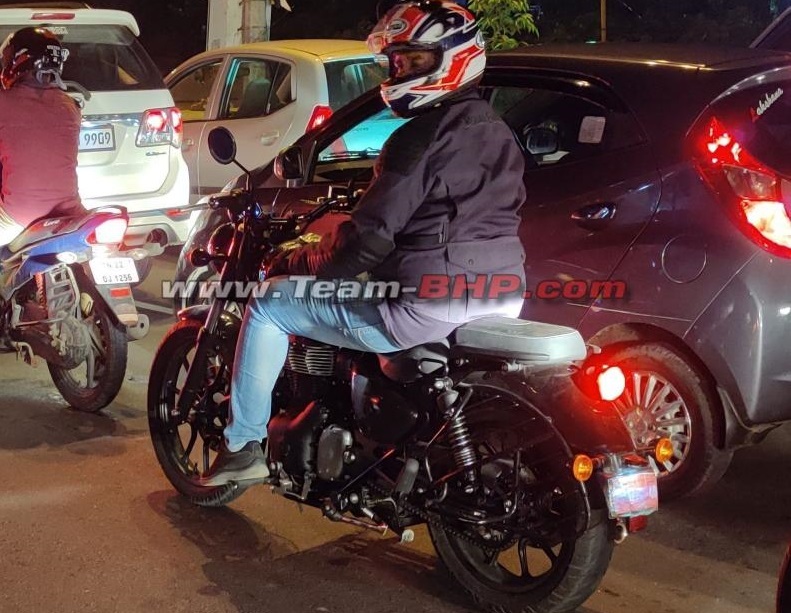 2020 Thunderbird spy pics suggest big changes to the motorcycle. Big question is – is it getting a bigger engine?

Royal Enfield is busy testing its upcoming range of motorcycles which has been necessitated by the upcoming Bharat Stage VI emission norms which will get enforced from April 2020. It is particularly difficult for Royal Enfield because it sells old-school classic motorcycles which appeal to bikers because of the very reason that they do not employ the latest of technologies.

This time completely uncamouflaged spy pics of the next-generation Thunderbird X have been posted online. Though the motorcycle maintains the silhouette of the existing version, it gets extensive changes on the inside as well as outside. Let us quickly talk about the modifications that we can notice in these new spottings..

The drive chain has moved to the alternate side of the motorcycle and as a result the braking is now towards the right side. It gets a new frame and that engine also has a different design. The complete swapping of braking and drive chain confirms big changes to the motor – in fact, it could be an all-new engine which could be based on the twin cylinder motor from the 650 Twins. There is a possibility that the displacement of this engine could be slightly bigger as well.

The instrument console is a Jawa Forty-Two-like single pod unit instead of the dual-pod cluster of the existing model. Though the overall design of the fuel tank looks similar, the filler cap is now towards the center (it is skewed towards the right side on the current version).

In place of dual horn, this mule is equipped with a single horn. It also gets split seat instead of a single unibody seat of the existing version. The tail assembly has been altered too – there is a new tail lamp and the registration plate assembly has moved down the rear fender and it also houses the side blinkers.

The new Thunderbird X is expected to be launched in the coming months and what is a given is that it will be a massive change from the existing model.