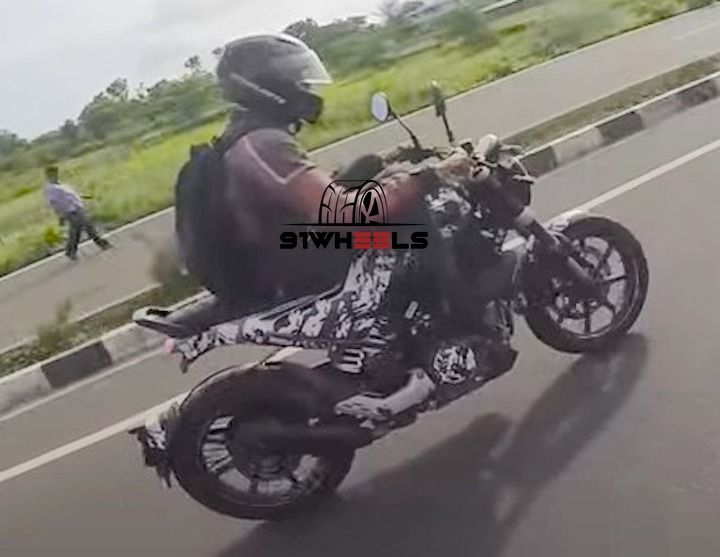 It looks like the 200 – a motorcycle under the current lineup! Svartpilen 200 launch, can, then be expected sometime later this year.

When Husqvarna entered the Indian markets, the company was expected to debut the 401s here. However, the Swedish brand took everyone by surprise by launching the 250 cc versions of its Svartpilens and Vitpilens. It is to be noted that it was the global unveiling of these 250s in India.

However, now, it looks like the company is planning to broaden the Husqvarna lineup with more models. We say this because new spy pics of an under test, fully camouflaged Husky has surfaced from our roads.

Since we already have the 250 cc variants on sale in India, it makes no sense for Bajaj/Husqvarna to test the bike (with full camouflage) as in the pics. This does NOT look like the 401 because the Svartpilen 401 is equipped with spoke wheels and the engine area is also slightly different from the 401. Hence, in all probability, this is the Svartpilen 200 under tests – the Husky which could sit as the entry motorcycle in the range.

But there is a problem with our assumption – the bike pictured is equipped with an exhaust canister, which is not available on the global variant of the 200 cc Huskys. However, we assume that this may have something to do with the Indian BS6 emission norms.

Whatever it is, expect a clarification in the days to come and a launch in the next few months…