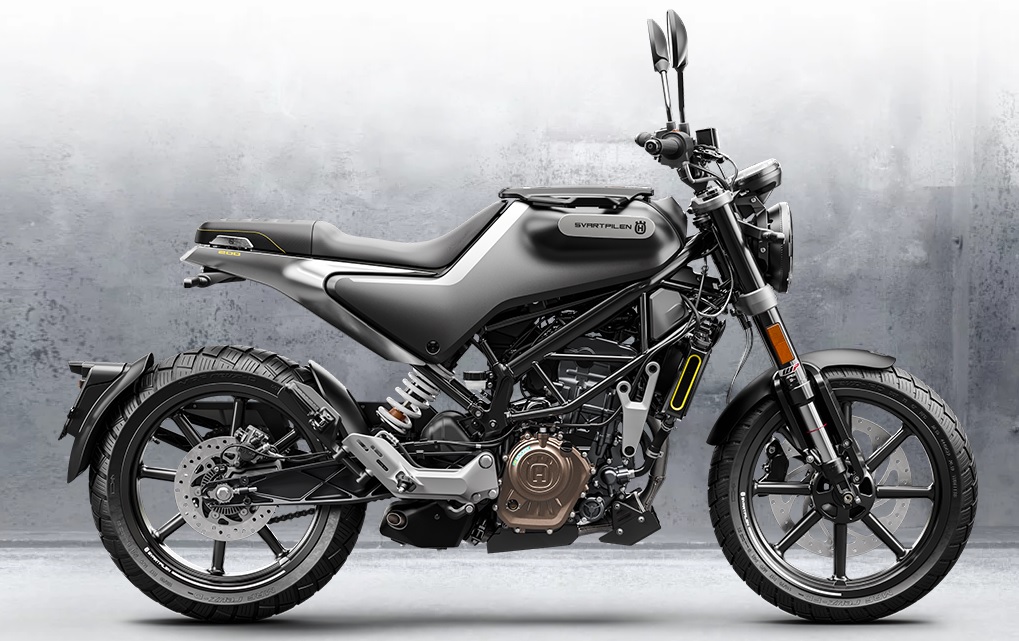 If the 250s that were unveiled recently were a surprise (details), then here is yet another revelation from Husqvarna – the Svartpilen 200. Yes, Husky has confirmed the smallest-yet 200cc Svartpilen at its official website. And no prizes for guessing that it will be based on the KTM 200 Duke.

The Svartpilen 200 looks absolutely identical to its quarter liter sibling which has been confirmed for India. Visibly, it features a smaller engine and that exhaust canister of the 250 is nowhere to be seen. Rest of the bodywork, hardware, suspension, frame and even the tyres look the same to us.

Svartpilen 200’s liquid cooled, single cylinder 199.5 cc engine produces 26 hp of peak power which is distributed by a 6-speed gearbox. It features 43 mm front suspension along with a ground clearance of 145 mm. It has a seat height of 835 mm with a fuel tank capacity of 9.5 liters. The small Husky weighs 149 kilogram without fuel, five kilos lesser than the 250. A BOSCH sourced ABS is standard but it remains to be seen if it will be a single-channel unit or proper dual-ABS.

The baby pilen is wearing MRF Revz tyres which hint at its Indian-connect and Husqvarna may offer it in our domestic market as an affordable offering after the 250s at under Rs 2 Lakh.

Other interesting questions are – One; will Husky also make the more dedicated Vitpilen on this 200 platform or will it keep the more versatile Svartpilen as the lone option? And two; will we also see 125cc Husqvarnas?