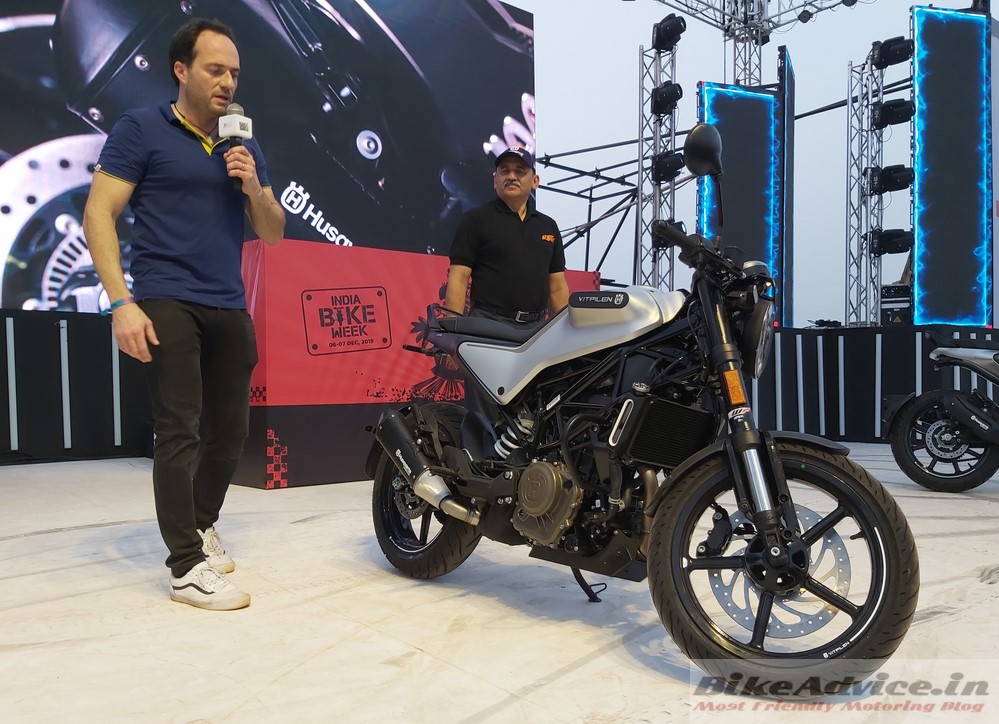 At India Bike Week, Bajaj has officially debuted the Swedish Husqvarna brand in India under its Probiking Business unit. Husqvarna is owned by KTM in which Bajaj has a near 48 percent share. Apart from Bajaj and KTM, this is the third brand that we will get to see from this stable.

Husqvarna’s entry was expected but the surprise was the quarter liter versions that have been launched in India. So far, the 401s (based on the KTM 390) formed the entry layer in the range but this is the first time the world has seen their 250cc versions.

Against the aggressive and sporty theme of the KTMs, Husqvarna is known for its Scandinavian design language which is mnimalist and understated. Though the motorcycles will be based on KTMs they are completely different in design and usage; Huskys are curvier with less edges.

Husqvarna will start its innings in India with Vitpilen 250 and Svartpilen 250. Both the motorcycles share common underpinnings of the 250 Duke with Trellis frame and the same 248.8cc liquid cooled, single cylinder engine which is good for 31 hp of peak power and 24 Nm of max torque. We will talk about both the motorcycles in detail in separate stories.

The premium motorcycling segment has seen rapid growth in India in the last five years, growing almost by 20% CAGR with two broad classes of motorcycles – sporty high performance machines & lifestyle bikes with limited performance .The Husqvarna range of motorcycles is designed to be a game changer in the lifestyle segment by integrating superior dynamic performance with a unique and minimalistic Swedish design language. The Husqvarna twins are meant for discerning motorcycle riders with an evolved taste, a strong appreciation for style and for those who don’t want a compromise between performance and elegant design.

So Who is Winning the Quarter Liter Race, in Sales Numbers?

Husqvarnas will be produced in India at Bajaj’s Chakan factory and will commence retails from February 2020 onwards. All the Huskys will be sold through the existing Probiking outlets which currently sell KTMs.