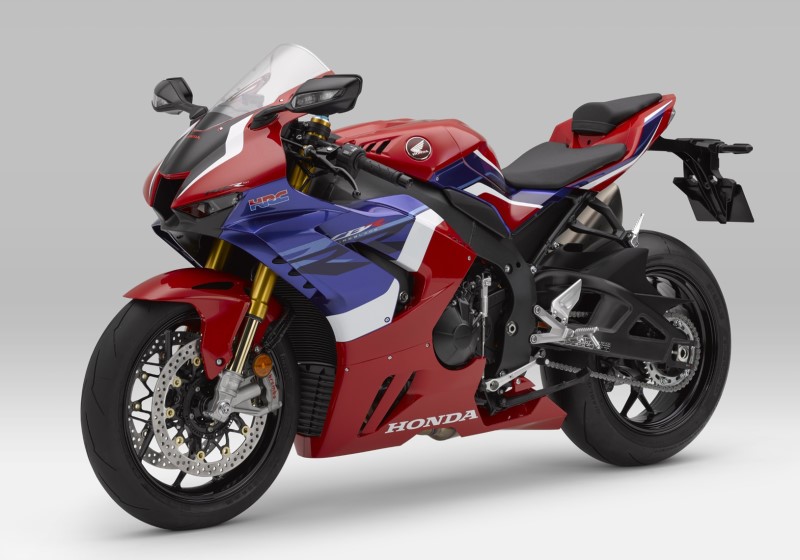 2020 Fireblade deliveries commence from next month. You can now shop for either of the variants as bookings have opened…

Honda had unveiled the all-new CBR1000RR-R and the CBR1000RR-R SP last year at the EICMA 2019. Just a few months later, the company has shot in a press-release and announced that it has started accepting bookings for the liter class motorcycles in India.

Honda has revealed that both the bikes will be imported to India as CBUs (completely built units), and their deliveries will begin from the BigWing dealerships towards the end of August 2020.

The new Fireblades have been built ground up, and they now looks sharper than ever. They are designed with extensive involvement of Honda Racing Corporation. The company claims that these CBRs now feature improved aerodynamic efficiency. They also come with a pair of LED headlamps that are separated by a RAM-air duct.

The CBR 1000RR-R and the SP come equipped with a 999.9 cc, in-line, four-cylinder engine that produces whopping 214 hp of peak power at 14,500 rpm, and 113 Nm of maximum torque at 12,500 rpm. Both the bikes get Akrapovic exhaust as standard, while the SP variant also comes with a quick-shifter.

Other features of the bikes include an all-new aluminum chassis, a longer wheelbase of 1,455 mm, and a host of electronic rider aids assisted by Bosch six-axis IMU. They also have nine levels of traction control, with ABS and launch control.

The bikes get a 5-inch TFT color instrument console. The suspension duties are handled by Showa BPF fork at the front and Showa BFRC-light mono-shock at the rear on the standard variant. The SP version of the bike comes with Öhlins electronic suspension both at the front and the rear. For the braking part, the bikes get 330 mm dual-discs.

Honda hasn’t revealed the prices yet but expect them to cost around the Rs 20 Lakh mark. For reference, the older liter class CBR used to cost around Rs 16.43 Lakh ex-showroom.