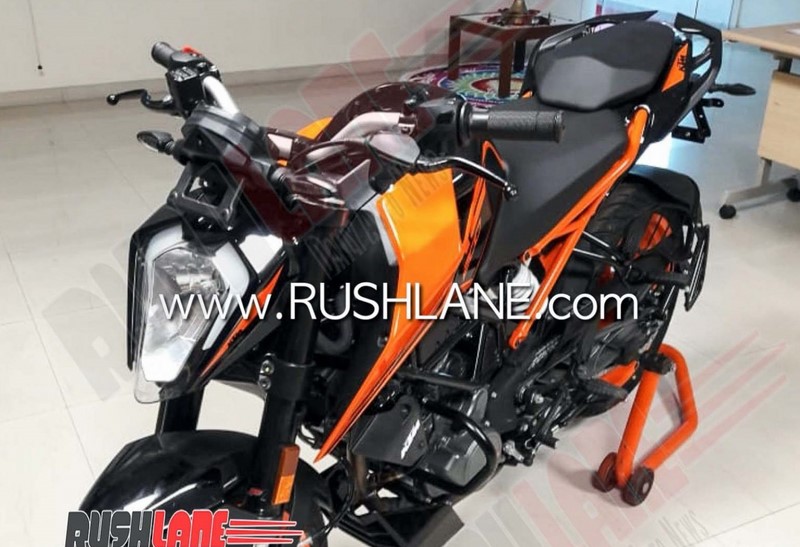 2020 200 Duke BS6 pics have surfaced on the internet ahead of its launch. It is getting big changes to its styling after a long time…

Last year we started getting the first feelers of KTM’s intentions with respect to its India-spec 200 Duke. It was reported that the 200cc streetfighter will get comprehensive changes and right when we are at the tip of the market transition to Bharat Stage VI we have landed upon spy pics of the very model that was being speculated then.

Yes, KTM is updating its 200 Duke with the styling of the current (newer) generation Dukes (250 and 390). This comes at a time when KTM is already testing the next-generation model on the roads. It must be remembered that 200 Duke was KTM’s first model which was launched in India back in 2012. For the last eight years it has continued with the same styling – freshness has been brought about only through colour and sticker changes.

Apart from the new tank, extension, tail section – basically the parts from the 390 Duke, the new 200 Duke also gets the additional sub-frame. As compared to the elder siblings, it appears to be missing out on the bar-end wights and comes with conventional seat covers (on split seats).

Revealed pics suggest that the new Duke will be sold in at least two colours – orange and white. Currently, it is also available in additional black colour.

The engine will remain the same but it will be interesting to see if there are any changes to its power/torque numbers. For reference, the current 200 Duke produces 25 hp of peak power and 19.5 Nm of max torque. The launch should be in the coming few days and it may also gain few new features in the process. It is expected to be priced at around Rs 1.60 Lakh ex-showroom.