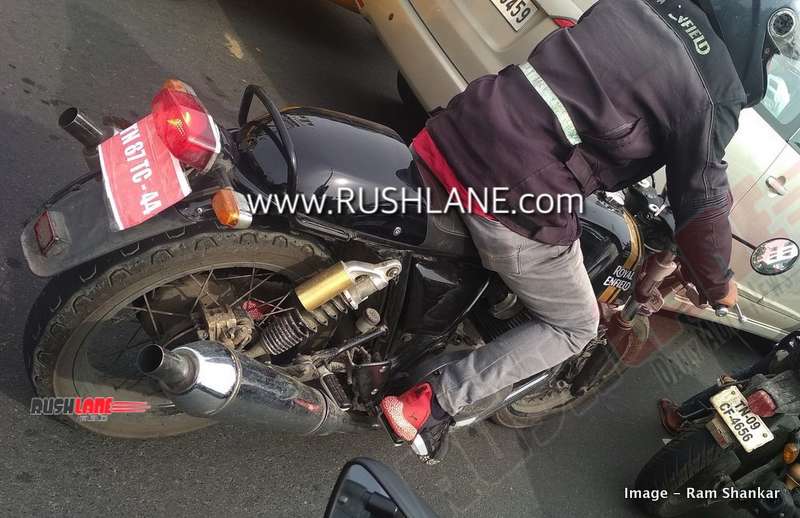 After getting a jolt from the market, Royal Enfield has been continuously working on various strategies to win back its market share. Apart from expanding its portfolio to dual cylinder, higher capacity engines, it has also worked on the lower end of the spectrum by introducing the 2019 Bullet 350 which makes the brand more accessible. You can read details about it here.

Apart from new versions of Classic and Thunderbird range, Royal Enfield has also started work on its new 650 twins. One such prototype of RE Continental GT 650 was recently spotted in Chennai, credit Rushlane. Considering that BS VI norms are on the anvil, this ought to be carrying the updated mill (BSVI norms will be effective from April 1, 2020).

The test mule spotted is uncamouflaged and the images do not reveal the front end and the motor of the bike. From the limited view we have, there aren’t any significant differences that we can notice. The only change that can be seen is the different exhaust tip. We also see a pillion cowl cover which could be an accessory (and may be hiding some test equipment underneath).

The tip of the exhaust gets an additional narrow pipe which is not present on the current CGT. There appear to be no other design or cosmetic changes in the pics of this Continental GT 650 BSVI.

As we have reported recently, RE 650s have been big sales success and the twins have beaten lesser priced motorcycles like Duke 390, Dominar and many others in the first three months of this fiscal (details).