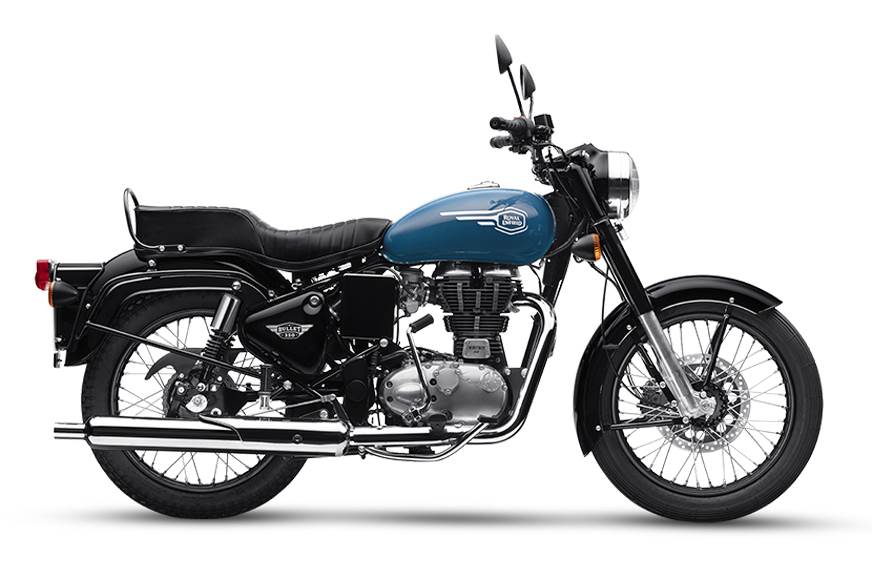 In order to make its motorcycles more accessible to the masses, Royal Enfield has officially launched cheaper versions of its Bullet 350 range. And since there has been no officially different name given to them, it has ended up in a bit of a confusion!

This means that the new motorcycles are Rs 9000 cheaper than their respective standard versions.

So, what has changed?

Basically, the new 350s appear to be cosmetically downgraded versions of the standard models. Apart from the new colours, the 2019 350s get blacked out engine, crank case etc which replaces chrome on the standard models. There is some tinkering with the logos as well but by and large there doesn’t seem to be a lot which has changed.

In terms of mechanicals, the new 350s continue to be offered with the same 346cc, single cylinder, air cooled engine which produces 19.8 hp of peak power at 5250 rpm and 28 Nm of max torque at 4000 rpm. So, assuming that these are just minor sticker/cosmetic downgrades, either Royal Enfield is taking a direct hit on its profit on these motorcycles or the percentage was significantly high on the standard models!