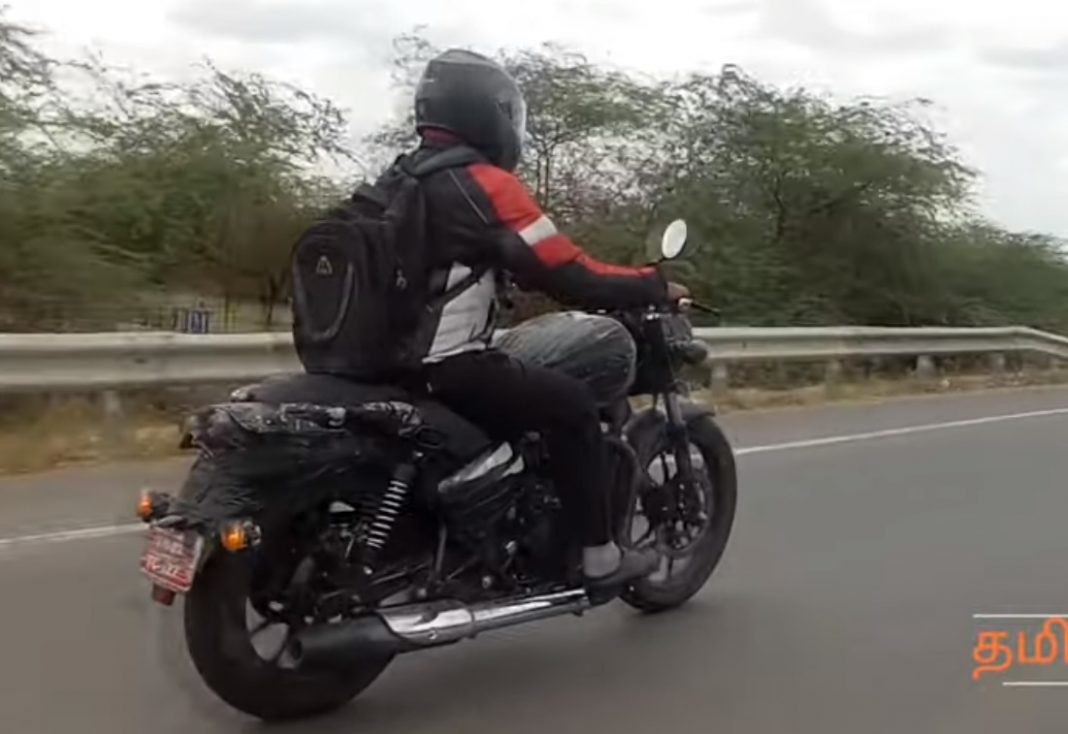 Not very often would you read this – but at the moment Royal Enfield is not going through a very good time in terms of sales. The retro motorcycle maker, however, has sought to fight it out with new and bettered models. They have been caught testing the new Classic range quite often along with the new Thunderbird.

However, this is for the first time, a significantly different looking model has been snapped in a video on Youtube (by Santosh Kumar). This makes us believe that Royal Enfield was trying to get the mechanicals right till now before moving to the cosmetics. This 2020 Thunderbird has a new fuel tank with what appears to be a centrally mounted fuel cap (on the current model, it is placed towards the right side).

The bigger difference, however, is the riding position of the tester. For the first time Thunderbird may be getting a typical cruiser-like stretched-leg seating posture. This has been made possible because of those front footpegs which appear to have moved forward significantly.

Other changes include shorter exhaust canister, no kick starter and a smaller rear fender. The chain and sprocket have moved onto the left hand side of the new motorcycle. As a result of which the braking hardware has to switch sides as well.

In terms of the engine, there are all the chances that this motorcycle is running a BS VI compliant motor; power and torque numbers of which may also get altered. Considering that this mule is running on alloy wheels with a flatter handlebar, this could be Thunderbird X but similar changes will go to the standard model as well. Launch of these models is expected towards the second half of this year.