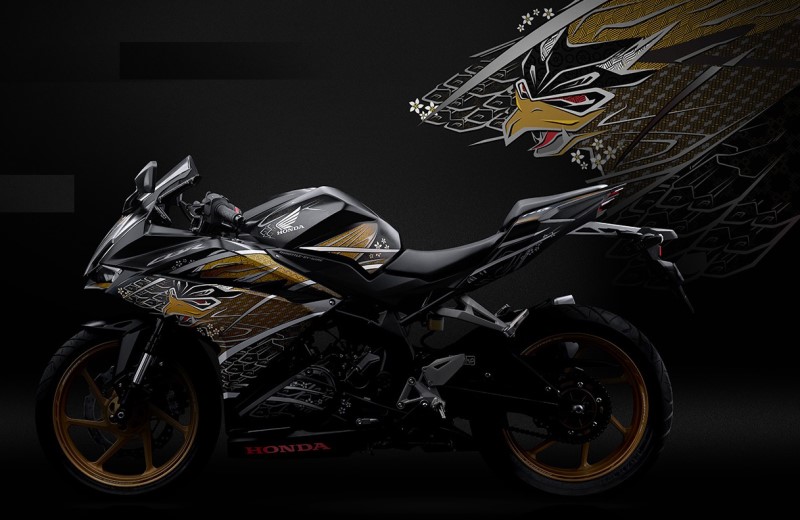 Honda CBR 250RR SP is not available in India, but it is a highly popular quarter liter motorcycle in many countries, including Japan and Indonesia.

The 2020 version was recently launched in Indonesia (story here) and Honda has now added a new special edition – ‘Garuda X Samurai’ version to the lineup. The model features asymmetric graphics with the sacred bird – Garuda on the one side and a Samurai on the other.

The SP variant of the new model gets many features, including quickshifter (both up and down) as standard. It is to be noted that the Japanese variant gets this feature as an option. With this, the motorcycle is now available in three variants – a non-ABS version, an ABS version, and this new model SP (with quickshifter).

Honda’s Upcoming Entry Electric Bike: This is How it May Look…

Other than the changes mentioned above, the 250RR remains unchanged, as it continues with the same engine as the regular version. The bike comes with a water-cooled, four-stroke, DOHC, 4-stroke, in-line two-cylinder engine, that produces peak power of 41 PS at 13,000 rpm, and 25 Nm torque at 11,000 rpm. With these specs, it comes very close to the latest heart-throb – the ZX25R – but has two cylinders less.