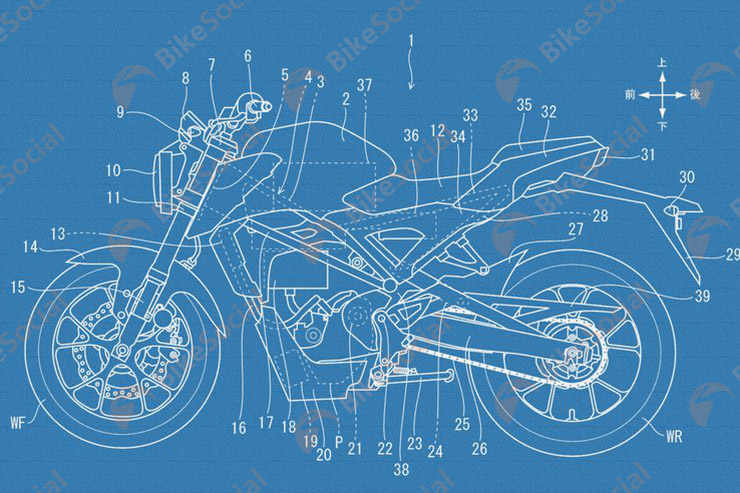 Honda electric motorcycle: It shares most of its components, including the bodywork and suspension with the neo-retro CB125R.

It looks like mainstream two-wheeler manufacturers have realized that the future lies in electric vehicles. In line with that, we recently saw Bajaj Auto and TVS Motors launching their electric scooters in the form of Chetak, and iQube, respectively.

Another prominent player, Honda looks to join the league now. New patents filed by the company reveal an entry-level electric bike that is under development. Instead of developing one from the scratch, Honda is probably taking the shorter route as the motorcycle in the pics is based on the platform of the CB125R. This is the same neo-retro platform that spawns the CB300R that is sold in India.

This will ensure that the development will become less challenging for the company, as most parts of the bike, including the chassis are already in mass production. The images reveal that the batteries are placed around the fuel tanks. Apart from that, the ECU is placed where you can find the cylinder-head of the traditional IC engine powered bikes.

How About a Moped ADV? Honda Has Filed Patent for One in India!

While patents do not always guarantee the launch of any vehicle, but these are concrete hints that Honda is moving in that direction and quite firmly! Let us wait to hear more on this from the company.