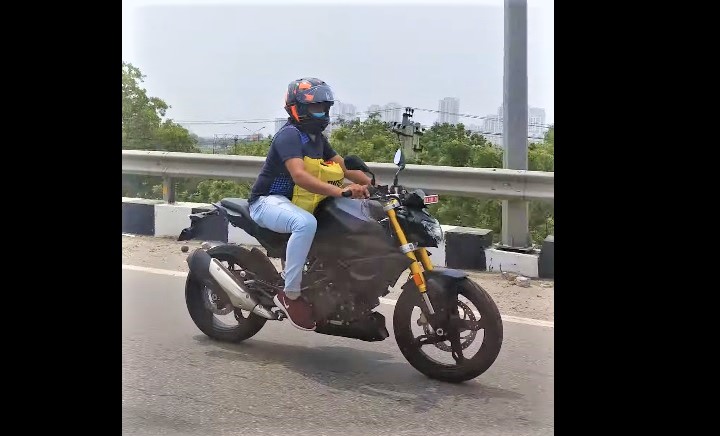 2020 BMW G310R BS6 launch expected anytime in the coming months. The motorcycle gets minor visible changes in this update….

It was just a matter of time before we saw this! Partner TVS has already introduced its 2020 Apache 310 BS6 which comes with a long list of changes. BMW 301s, which are built on the same platform, are now under tests, probably ironing out the last issues.

The 2020 G310 R was spotted testing out of India in April this year and in a latest update the motorcycle has made its spyshot debut in our domestic market as well (it was spotted in Gurgaon). The only significant change that we can notice is the new headlamp which now transitions to LED setup. Apart from that the engine and the crankcase get black treatment.

Rest of the styling appears to have been carried over. The bigger change would be to the engine and the exhaust. The 313cc motor would remain the same but it would be tweaked to comply to the stricter Bharat Stage 6 emission norms.

Since the Apache 310 did not get any drop in specs, the BMW’s roadster is also expected to continue to produce around 34 PS of peak power and ~28 Nm of max torque.

There have been few speculations about the new motorcycles getting a price cut, however, we believe there won’t be a significant change from the original prices (do not expect a major reduction). Simply because, despite the high prices, the G310 siblings are doing brisk business for BMW – so much so that they outsell the Apache 310 (which is priced much lower).

Now that the motorcycles are under tests in our domestic market, expect a formal launch announcement in the coming few months.