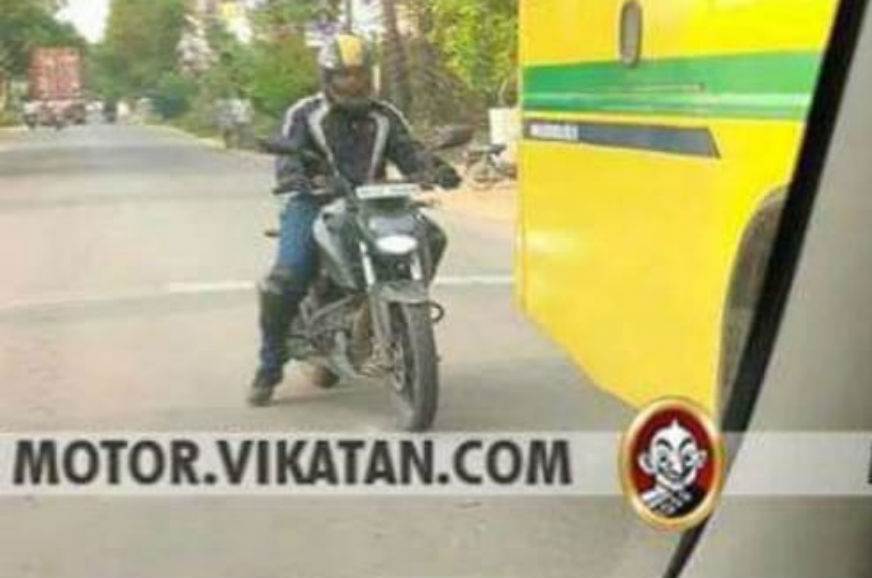 TVS has been keeping the Apache engineers busy. Apart from branching out the new 160cc variant based on the 200, they lent the original motorcycle slipper clutch last year. The motorcycle has also received new graphics and colours to keep it fresh. In a latest, the Chennai-based maker has been caught testing the new Apache 200 somewhere near its facility in Hosur.

This (featured) pic, shared by Motor Vikatan, is hazy and does not reveal a lot about the upcoming motorcycle. What is visible is the LED headlamp though. The basic silhouette of the headlamp appears to be similar to the current motorcycle but internally, it is split into two parts. The bottom part is lit and appears to be the DRLs (daytime running lights). The small twin DRLs atop the headlamp have been ditched.

We are at that part of the year where no maker will simply introduce a very minor facelift without considering the upcoming Bharat Stage VI emission norms which get implemented from April 2020. This means that this Apache 200 may be running around with more changes underneath, including a BSVI compliant engine. If this product is a festive season launch candidate, TVS may lend minor cosmetic updates for now (so that the price does not escalate much) and keep this motor for an introduction around December 2019-March 2020 ie closer to the BSVI deadline.

We are Coming Up With Next Model (with BMW): TVS CEO Confirms

Currently, Apache 200 is powered by a 197.75 cc oil cooled engine which is offered with a carburettor as well as fuel injector. The carb version churns out 20.5 PS of peak power whereas the FI trim is good for an added 0.5 PS of power. Both of them, however, produce the same 18.1 Nm of max torque. TVS may consider ditching the carburetted variant altogether and work only on updating the FI version to make it BSVI compliant.

More spy pics of the updated model will reveal what other changes is the upcoming Apache 200 going to get.