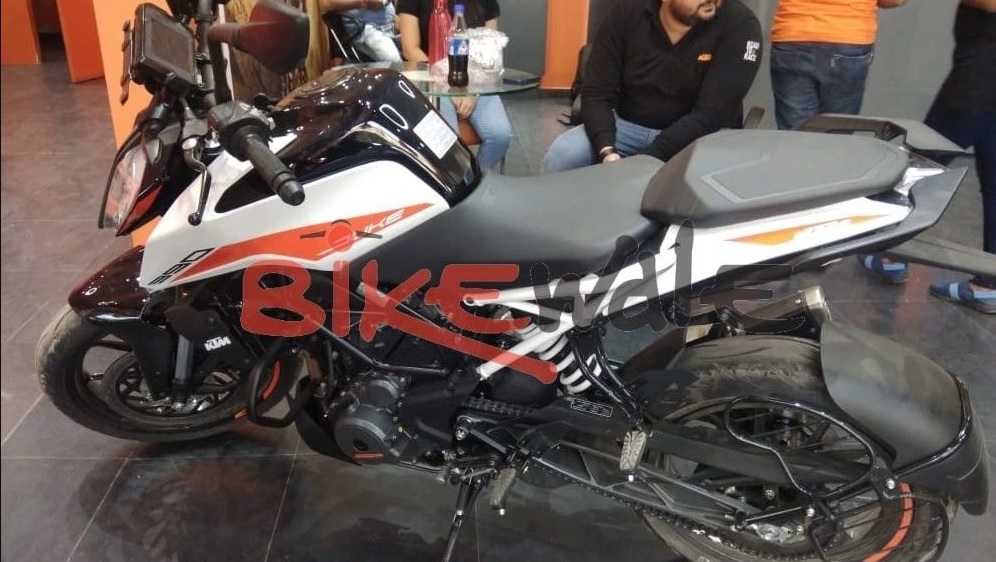 2020 390 Duke price hike is speculated to be marginal and significantly lower than the 390 Adventure. New pics have emerged…

Just yesterday the 2020 390 Duke was revealed in a new grey colour shade (pics here). And in a latest update, the streetfighter has been spotted in its second and probably the last colour of the lineup – white.

Yes, KTM has carried the white colour forward from the older Duke’s palette. However, the company has carried out some tweaks to the shade. The rear part of the frame continues to be in white but the front part is now black in colour. The alloy wheels are also black instead of orange. And finally the sticker work has also been refreshed and there are smaller decals instead of the big bold stickers of the BS4 version.

Another change that we have already discussed yesterday is that the exhaust pipe now runs from under the engine instead of its left side. And finally, the motorcycle also gets quickshifter as a standard offering.

Though there has been no confirmation on the specs of the engine but it is expected to continue with the same specs of 43 bhp and 37 Nm even in its Bharat Stage 6 guise, based on the fact that the 390 Adventure is also a BS6 motorcycle (link to its launch article).

According to rumours, the new 2020 390 Duke will be priced at a marginal premium of roughly Rs 5000-6000 on the ex-showroom price, significantly undercutting the sibling ADV.