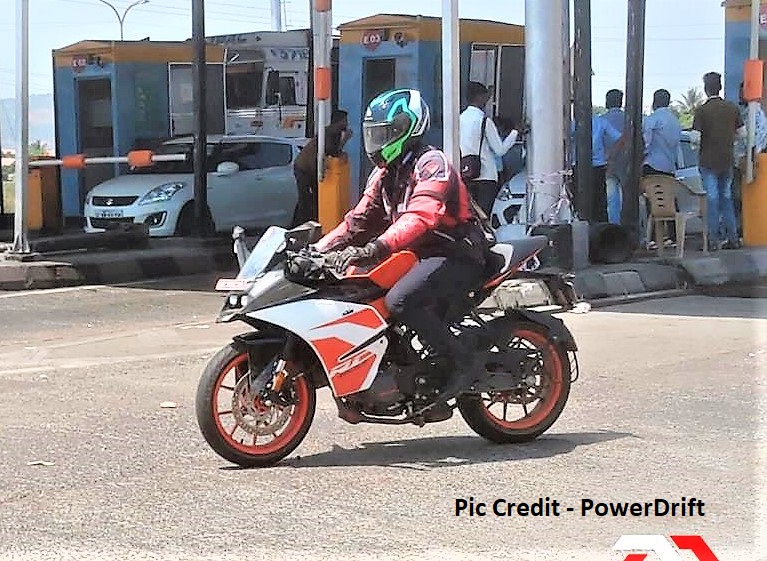 PowerDrift has posted spy pics of a faired KTM motorcycle which is under tests. They claim that it could be the RC125 (which is already produced in India but exported to various countries), however, upon very casual inspection you can read that ‘200‘ decal on the lower part of the fairing. Another prominent portal has posted these same pics, however, they have carefully masked the ‘200’ decal (by their own watermark) to portray this as the 125! You can read that story titled as ‘Exclusive’ here.

KTM lent an update to RC200 just a few months back in January 2019 when it received single-channel ABS sourced from Bosch. The purpose of this test mule is not known since there are no noticeable changes apart from a few very minor cosmetics differences. From whatever is visible, it also retains the underbelly exhaust just like the current model.

It doesn’t get the new design language of the upcoming new-gen RC390 which was caught testing at some international location few months back (check spy pics here). So, may be the plan could be to introduce a minor upgrade to the motorcycle with a few cosmetic changes or it could be something more serious.

For now KTM is testing the most awaited 390 Adventure in India and it is expected hit our shores in the second half of this year. Huskys are also on the roads and under tests.

We will wait for something more concrete on this mid-size RC to analyse the possibilities. However, do you notice any changes which we could have missed…?