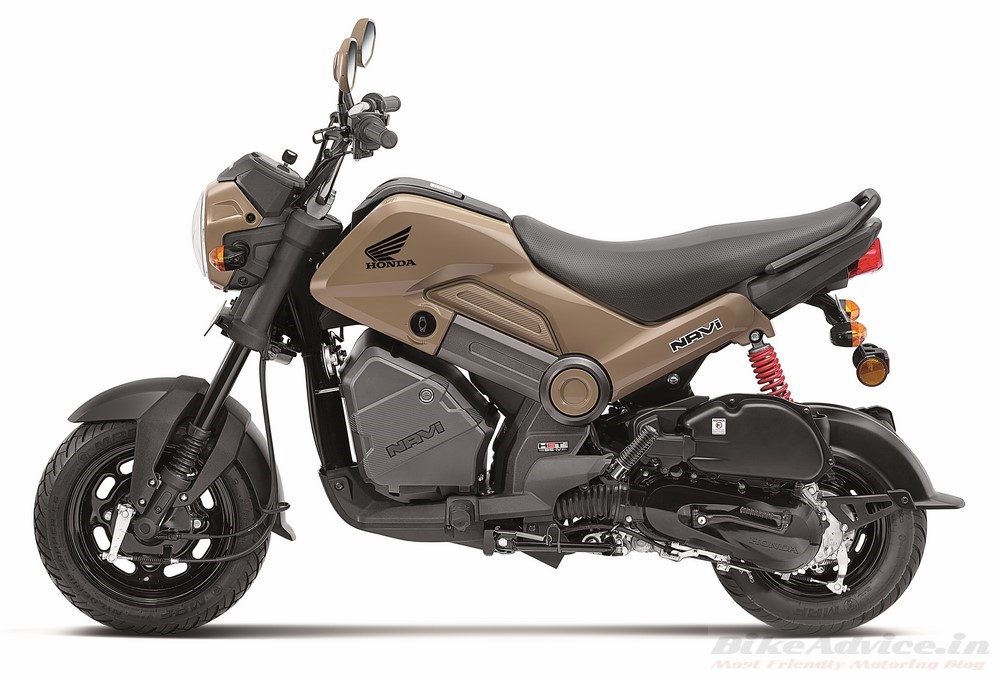 As was in the news, Honda has officially launched the 2018 Navi in the market today.

The crossover of a scooter and a motorcycle, as it could be best described as, is a fun to ride two-wheeler and a new take on how it could be a different genre in the segment.

The 2018 version of Navi comes with the following changes.. 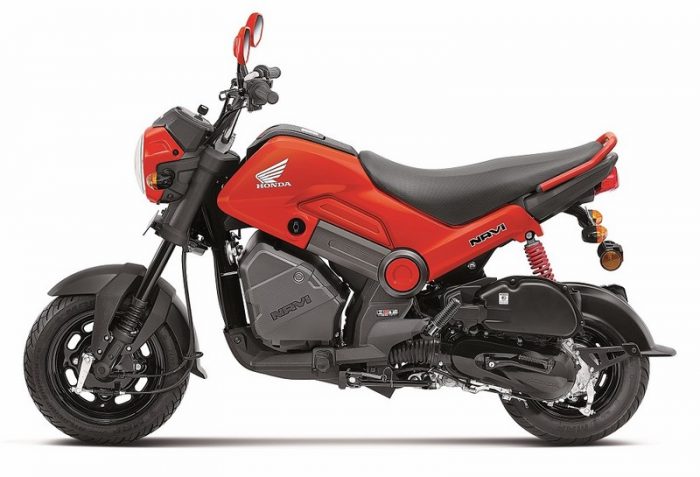 You also get a red coloured rear suspension spring which adds ‘sportiness’ to the look of Navi. There are two new colours on offer – Ranger Green and Ladakh Brown (also featured on this page). Out of these two the Ladakh Brown colour looks interesting and reminds us of RE’s Desert Storm (though it is dark on the Honda).

Other colours – Patriot Red, Sparky Orange, Black and Shasta White continue to be on offer. 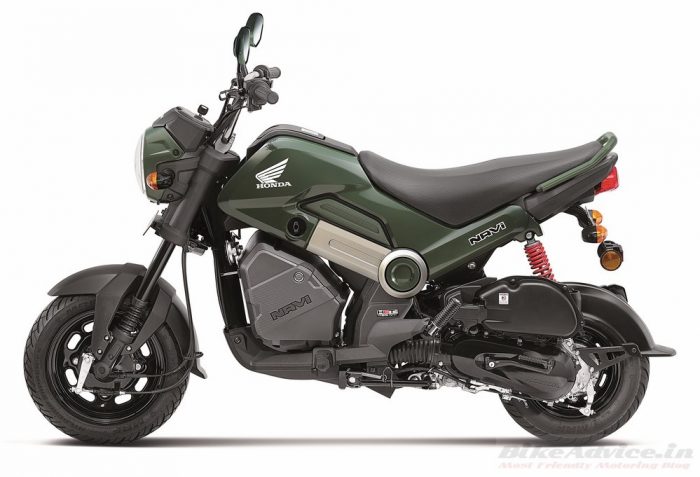 It’s surprising to see Honda offer the much-needed telescopic shock absorbers on a cheaper product such as Navi but not on the country’s largest selling two-wheeler Activa!

It will be interesting to see if this upgrade blows some fresh life into the low-selling-but-interesting Navi. Apart from this, Honda recently launched the 2018 Activa 125 with 7 cosmetic changes (link to story).