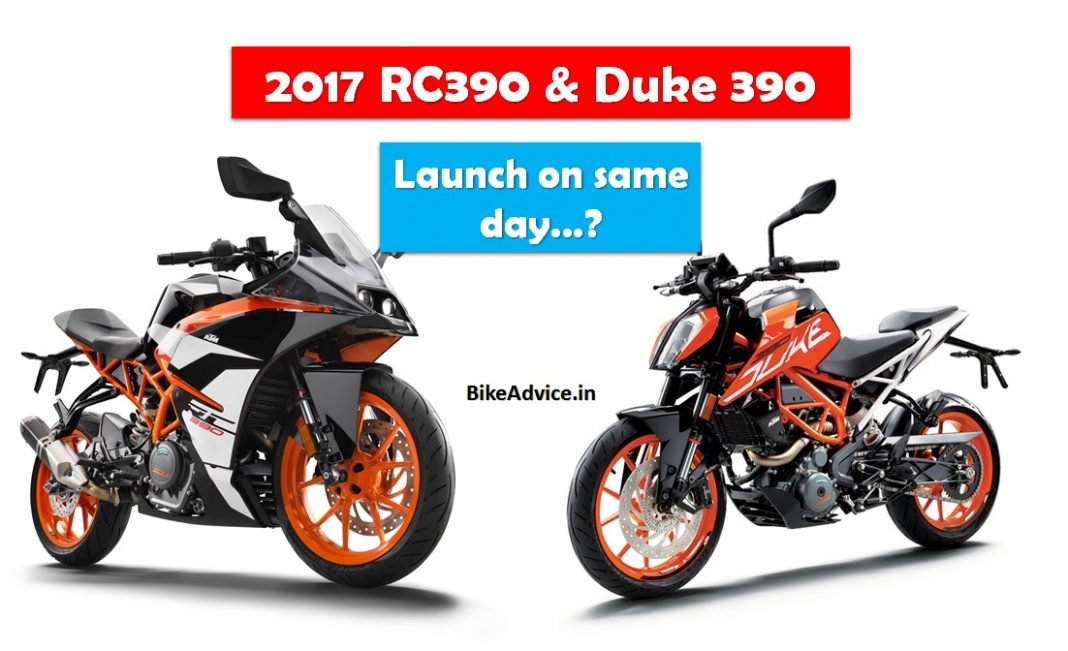 The Next-Gen Duke 390 is already on our Indian roads and it has been caught testing multiple times after its global unveil at EICMA in November 2016. Recently, the updated 2017 RC390 was also showcased and both of them are expected to be launched in India sometime this year.

Now, this is super interesting and if KTM indeed launches their complete 2017 range here on one single go, it will be a very big day for all the orange fans.

The 2017 KTM range includes new-generation models of the Duke series which are comprehensively changed whereas the faired new RC series is more of a model year change with relatively lesser alterations.

Basically, it is an expectation of what will be launched by Rohit but there appears to be some event scheduled by KTM on 19th of this month. However, let us clarify that there has been nothing – no mail, official teaser or a direct/indirect hint from KTM which we have received so far but initial hints have already started surfacing…