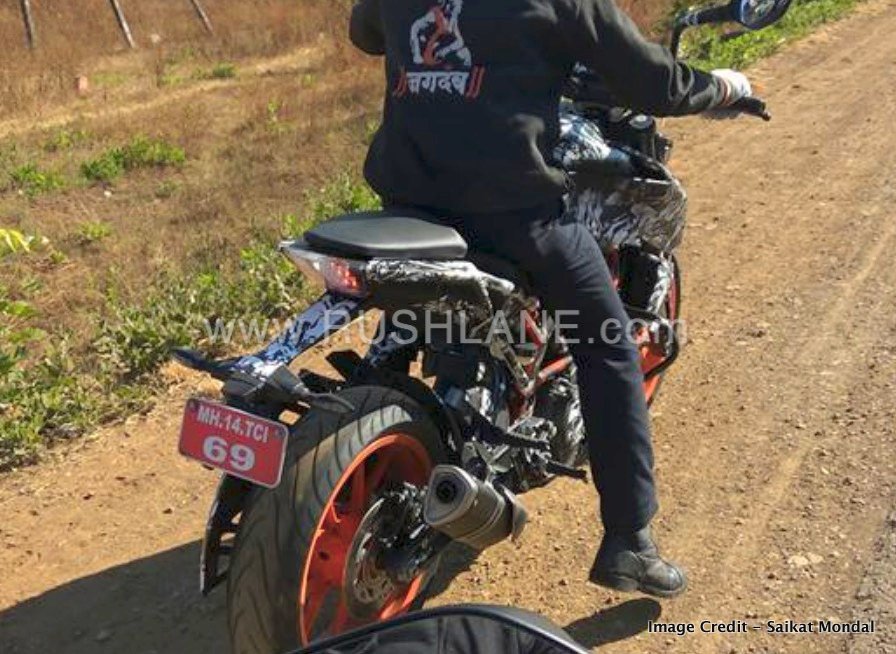 This is a little surprising and at the same time confusing! The 2017 Duke 390 has been spotted testing in India yet again (yes it has been spied many a times earlier but this is probably the first time its spy pics have surfaced after its official unveiling at EICMA last month). Pics credit Rushlane.

The first point to notice is the tyre it is running on. This test mule is wearing Michelin Pilot Street rear tyre (front is unclear). But the question is why? Duke 390 is known for the awesome Metzeler tyres that come as original equipment (OEM). Why would KTM test the upcoming motorcycle with a different rubber is not known at this moment but if they have any plans to offer Michelin – I am sure all the enthusiasts and current owners will say – “Thank you KTM but we are more than happy with the phenomenal grip of the Metzelers“! Apart from that we also see it adorning a full-sized leg guard. 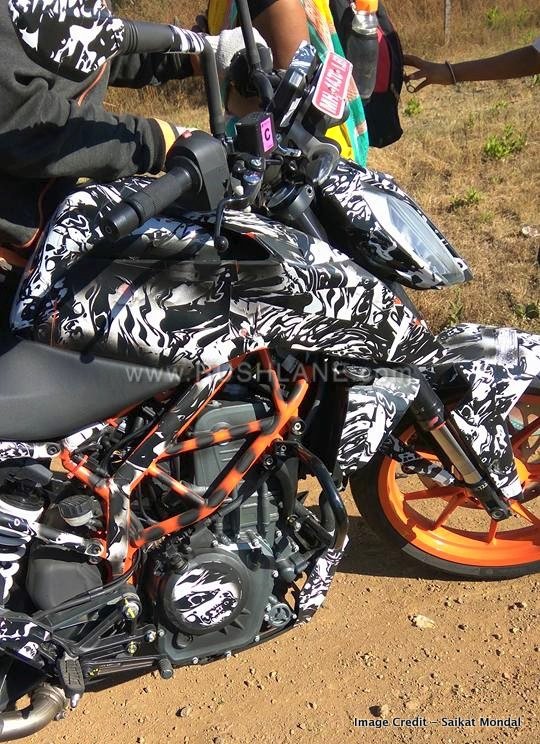 Now, this is not the 2017 Duke 200 on test – the engine is a clear giveaway. So the possible theory that KTM may be trying out a better tyre (than MRF) for the new Duke 200 gets quashed. And though there is this indistinguishable similarity between Duke 250 and Duke 390’s engine layout, this doesn’t appear to be the 2017 Duke 250 on test for our market (ask for reasons if you have doubts). 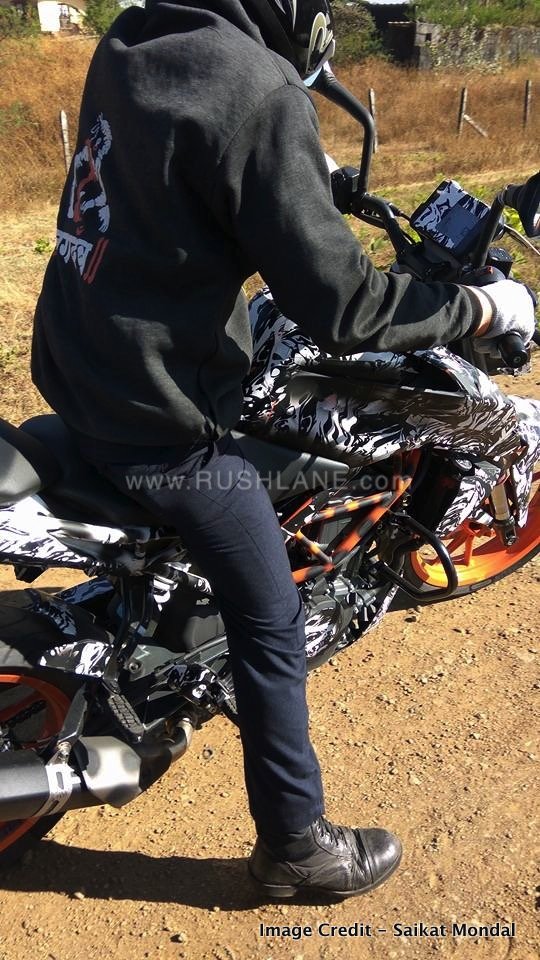 While we were testing the specially designed for Duke – MRF Revz C1 & FC1 (read review here), we also pitted the Michelins and compared all of them with the stock Metzelers and Metz were the obvious choice of everybody in terms of tarmac grip. Michelins were good too but not in the league of Metzelers so this uncomfortable question “Why Michelins?” will continue to haunt us till we have a convincing answer…. Let us see if we can get some confirmed dope on this…