Apart from the 2017 Duke range, KTM also unveiled the 2017 RC390 which gets a few changes but they are not as comprehensive as the naked. In an update, its brochure has been leaked by Motoroids which reveals that there are a few more alterations compared to what KTM announced during the new RC’s unveiling. 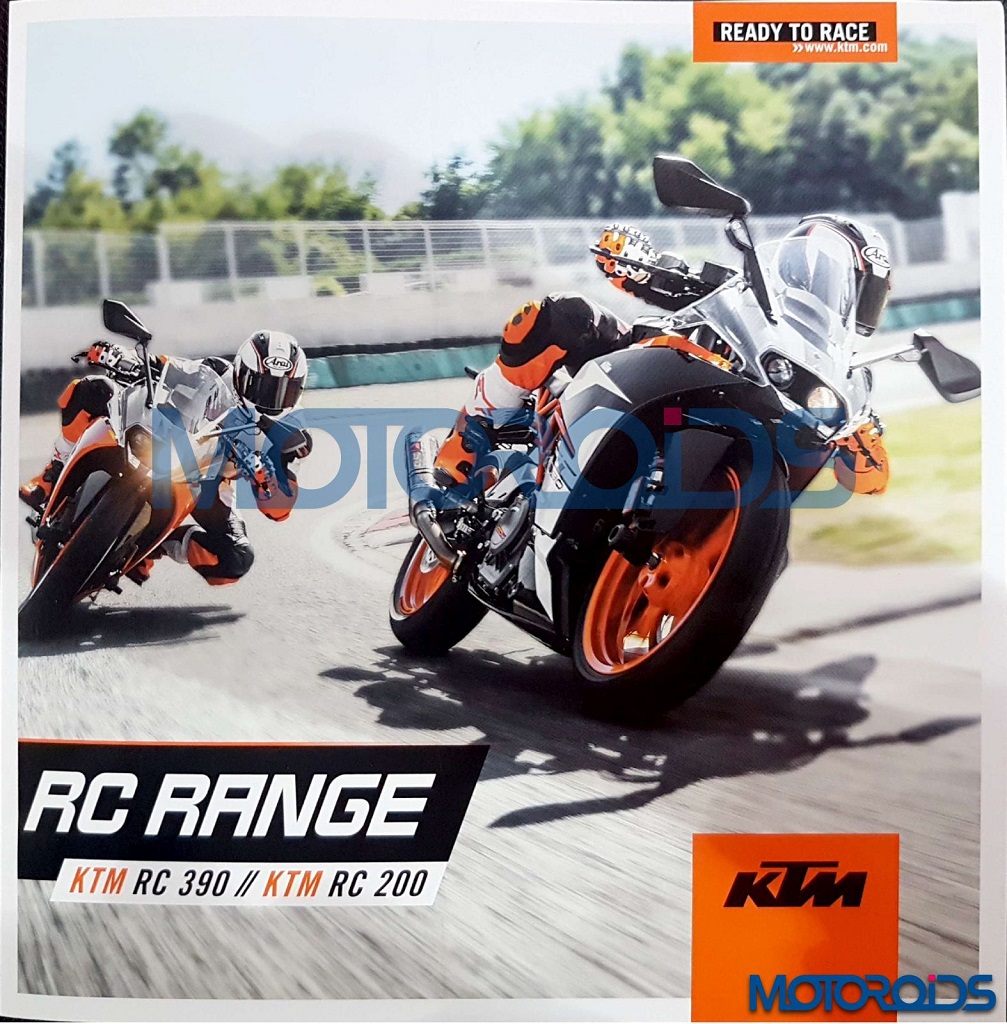 In terms of design, the motorcycle receives a flashier colour theme which has more ‘orange’ to it. There are minor changes to the styling of the fairing towards the bottom part and the ‘RC390’ decals are more prominent and also find a place on the rear cowls. 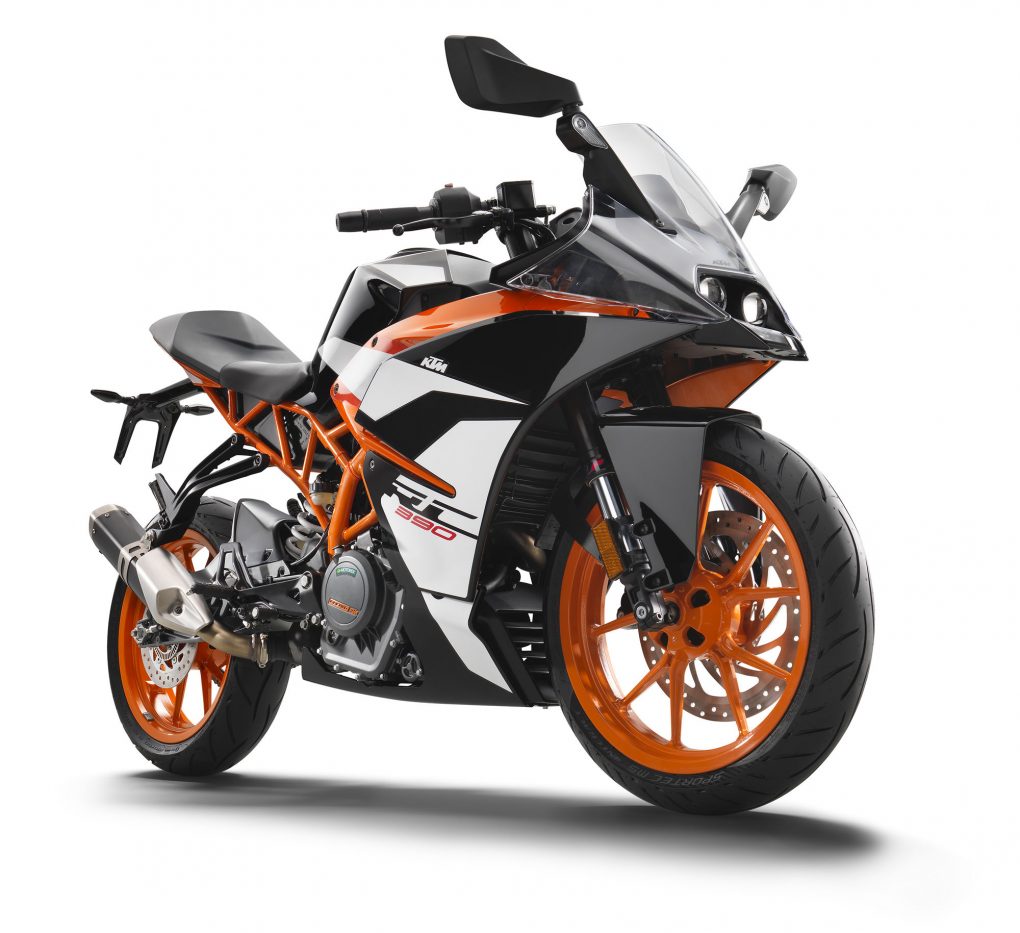 The 2017 RC390 continues with the exhaust canister which is done in matte black with a grey heat shield. This exhaust system is designed in two parts – the stainless steel underbelly pre-muffler and aluminium ‘absorption-type’ final exhaust. India-spec version, which so far carried an underbelly, is also expected to gain the same considering the move to BS4 norms (which will become mandatory from April 2017).

The 2017 RC390 gets a bigger 320 mm front disc brake along with ride by wire and slipper clutch. Weight, according to the brochure, is 163.5 kg without fuel which is a significant increment from the 147 kg of the older version. What is surprising is that the already bad 10 liter fuel tank capacity has been reduced to 9.5 liters! In contrast, KTM has upped the fuel tank capacity of the new Duke 390. 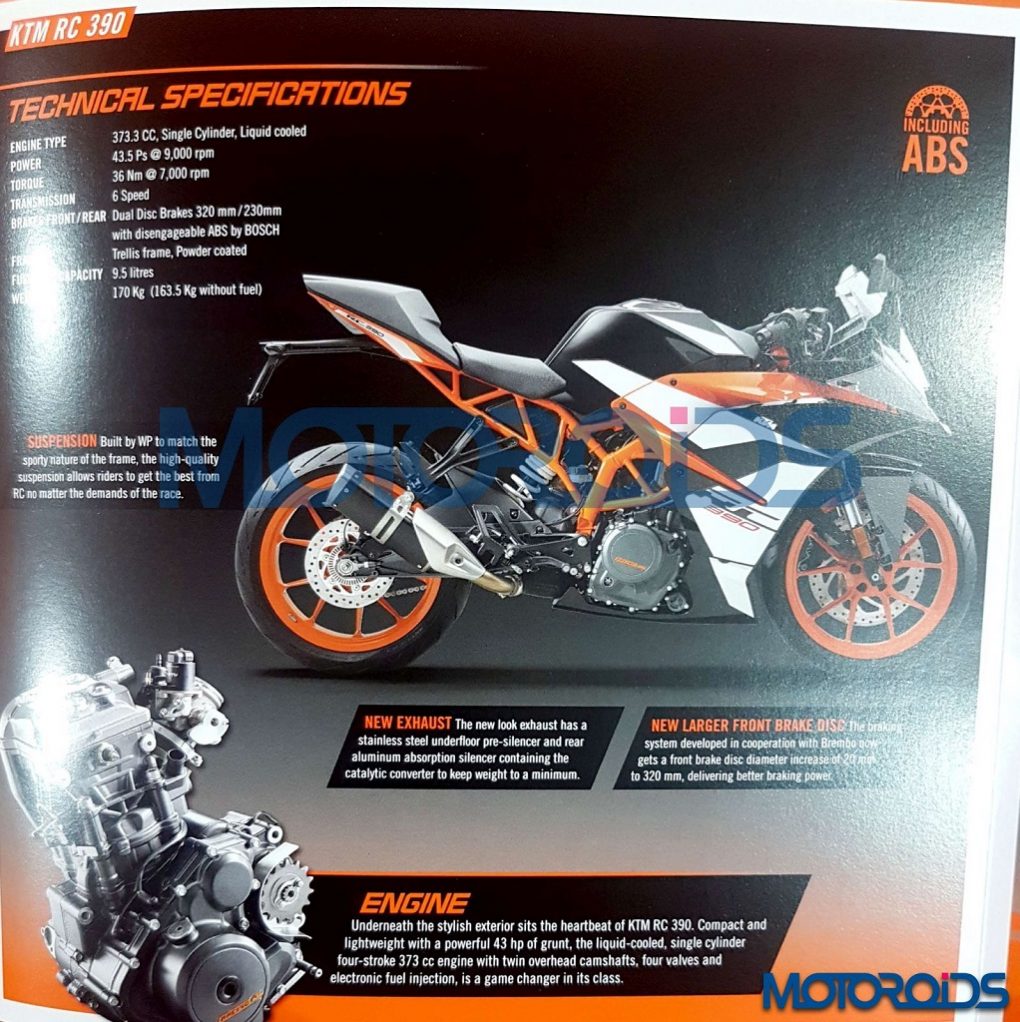 The motorcycle continues with the same 373.2 cc liquid cooled fuel injected engine capable of churning out 32 KW or 43.5 PS of peak power; but it gains 1 Nm of torque in the process (New torque 36 Nm).