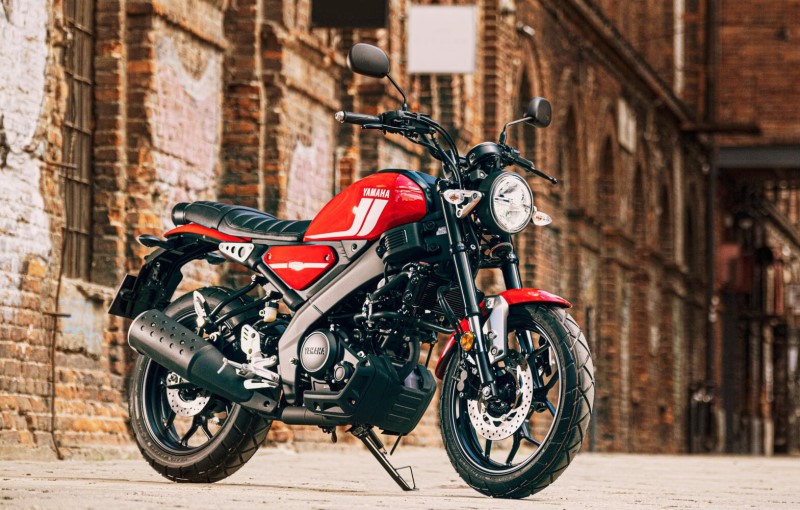 Yamaha XSR125 is the smallest model in the XSR family but it comes loaded with high-tech features. It is more powerful than Indian 150cc FZ range..

As was in the news, Yamaha has now officially announced the XSR125 in its portfolio. The XSR125 is the smallest XSR motorcycle in Yamaha’s range and is going to the European market first. It is based on the R125 and MT125 platform.

The XSR125 is an A1 category model with neo-retro styling. It looks the same as XSR155 sold in many South Asian countries. It is powered by a 124cc, liquid cooled, SOHC engine with Variable Valve Actuation and is paired with a 6-speed gearbox. The motor is capable of producing 11.0 KW (14.95 PS) of peak power at 10,000 rpm and 11.5 Nm of max torque at 8000 rpm. This is the maximum allowed power for A1 category motorcycles in Europe.

Premium features include 37 mm Upside Down Front forks, Deltabox frame, block pattern fatter tyres, 10 spoke alloy wheels, etc. The XSR125 also comes with a circular LED headlight along with an LED tail lamp. There is a nice, little round LCD meter that gives the bike a retro look.

Yamaha has launched it in three funky colors – Redline, Impact Yellow and Tech Black. It has been priced at £4450 which is roughly equal to 4.62 Lac in INR. Like it is with the XSR brand, the XSR125 is the most affordable model on this premium platform.

The motorcycle will be available from next month onwards in Europe. It is a Euro 5 compliant product and hence is eligible for India as well but it is highly unlikely that it will make its way here. For us, Yamaha is ready with its XSR-inspired FZ-X.