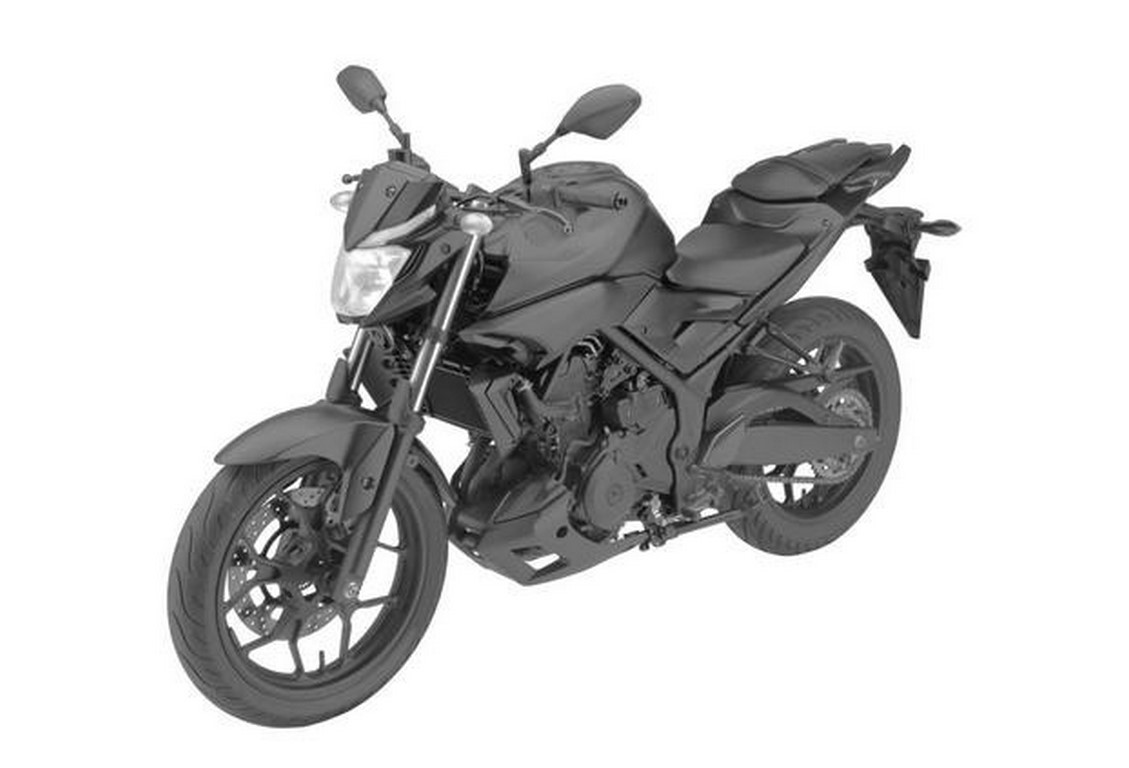 The naked 250-400 cc segment is being ruled by the KTM Duke 390. Despite being a single cylinder, the bike has the grunt of taking on some of the established competition even slightly over its segment! However, its popularity may be hit in the near future thanks to a certain Japanese manufacturer which has been known in India to offer some crazy arse performance motorcycles.

Patent images of another naked Yamaha have been leaked and published at VisorDown. These are purportedly pics of MT-03, the naked version of the R3, which is expected to be launched not just in Europe but in other markets as well.

The MT-03, elder sibling of the recently unveiled MT-25, will sport the twin cylinder mill from the R3 and power output will be around the same ballpark of 42 PS and 29.6 Nm as well. In comparison the single cylinder Duke 390 churns out 43.5 PS! 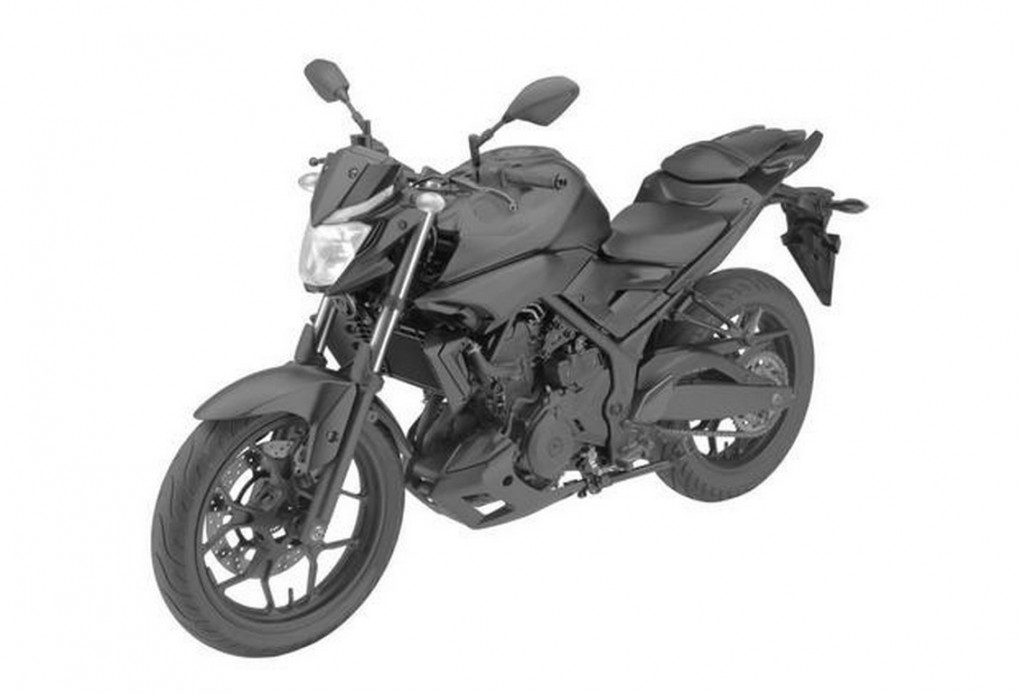 And now comes the bigger news! A speculative report at TopGear India states that Yamaha India, post the R3, is going to launch this naked R3 to India as well! They say that it will be called as MT 320 and like the R3, it will also be brought here via the CKD route and expect a showcase at the Auto Expo next year, followed by its launch within some months thereafter! 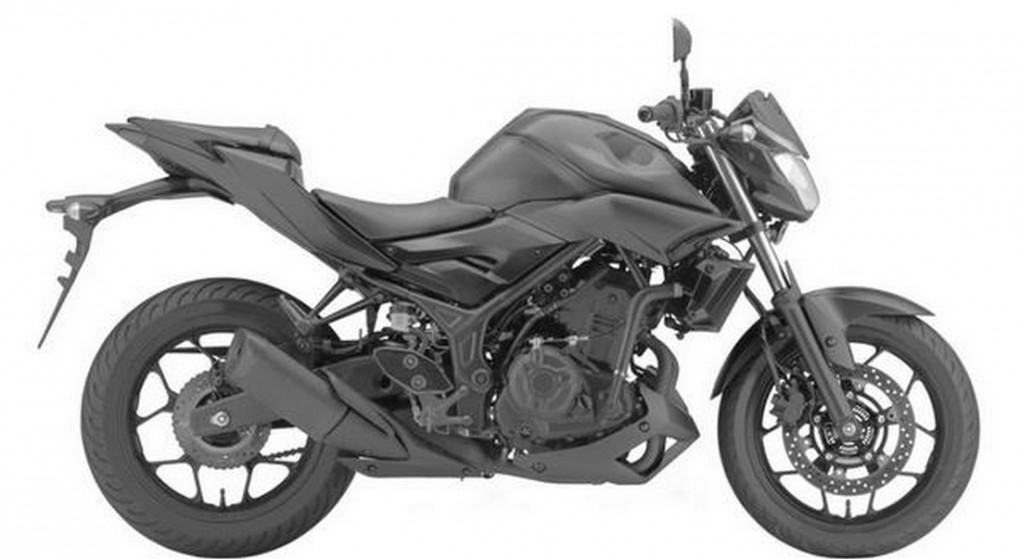 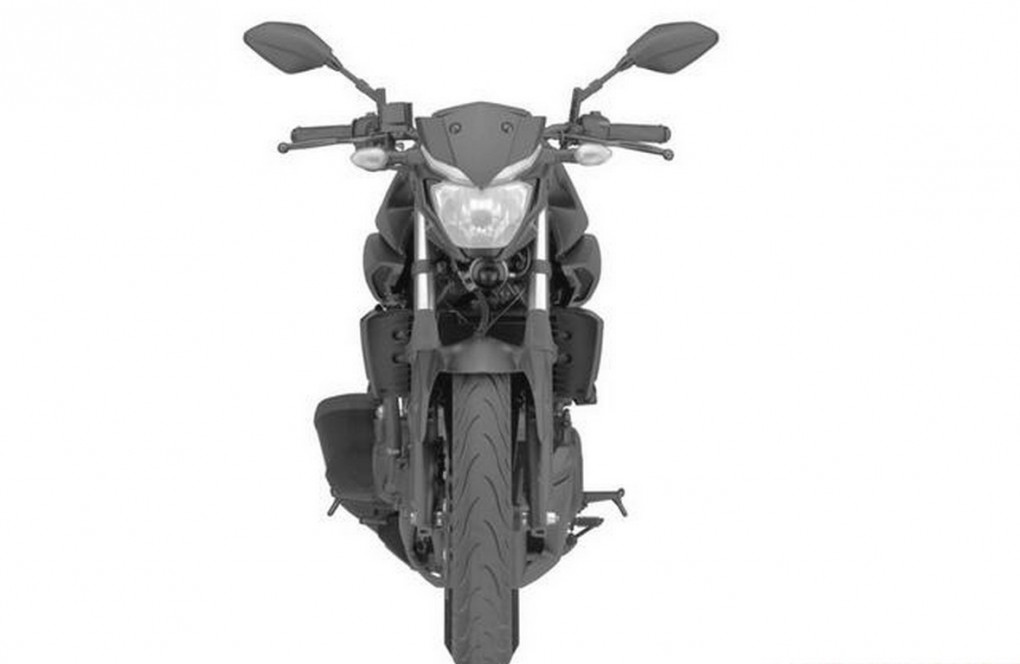 Right from the two-stroke RX 100 and RD 350 to the R15, Yamaha has been a brand to look up to for all performance enthusiasts. Of late, this bacon has been taken over by Bajaj, specially with their KTMs! Can the Japs strike back….