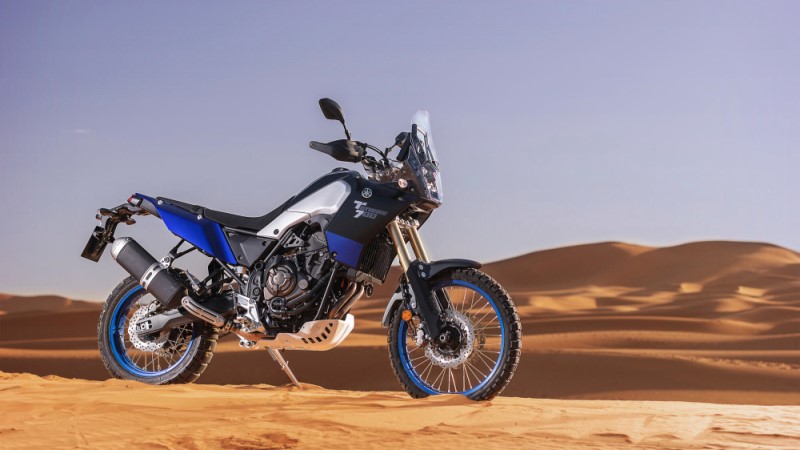 So the 300-400 cc adventure segment has caught everyone’s attention. While the Kawasaki’s 250/300 Versys was always present but it has never been very popular. BMW joined with its Indian partner TVS Motor-made G310 GS – which is the smallest GS in the family. And the hype is probably at its zenith with the very recent introduction of the KTM 390 Adventure.

It is quite natural for makers like Honda, Yamaha and others to stand up and take note. And note Yamaha has probably taken! An Italian magazine asked Fabrizio Corsi who is the Product Communications Manager at Yamaha Italy, about the possibility of a 300cc ADV, probably under the Tenere badge.

Yamaha sells a Tenere 1200 and a Tenere 700 – both of which are long distance adventure tourers. Fabrizio responded by saying that the company has taken note of the ‘attraction’ that KTM and BMW have received and if there is a demand from Yamaha’s customers they will be ready with such a motorcycle.

While this obviously is not a conclusive evidence of the Tenere 300 (or something of that sort), it is clear that the success of the 300-400cc ADVs from KTM and BMW have got Yamaha’s attention and considering the popularity of such models in a lot of markets across the world, the Jap may be compelled to make one!

Considering that the Tenere 700 is not a motorcycle loaded with a lot of electronics, the 300 could also omit much of that and be a clean entry level ADV with the poise of Yamaha’s motors we have so much loved so far. This will also help the company price it well.

So, is this the much needed vantage point for entry level ADV lovers..? Would you like to get a Tenere 300…?