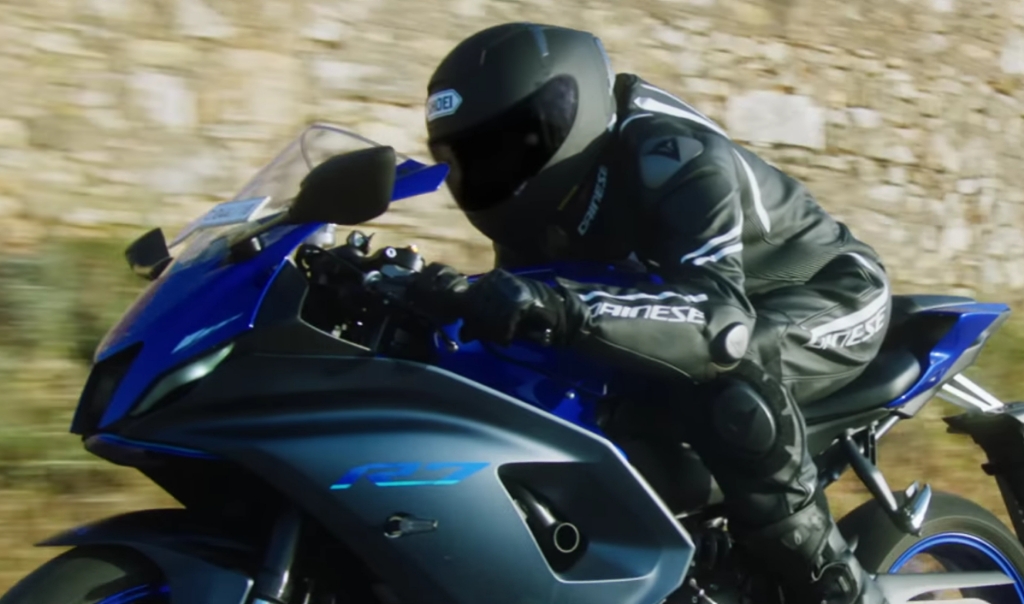 Yamaha R7 launch in India now just a few days away? The company has teased two unlaunched products with India number plates in one of its video…

Earlier today Yamaha sent out press notes announcing the launch of the version 3 of its ‘The Call of the Blue’ campaign. The company said that it will intensify its engaging customer-centric activities, expand its Blue Square showroom reach and launch new products. It also released a new video that we have shared earlier.

However, no official or sneak on the products was given. Or is it..?

Our keen eye has spotted two interesting motorcycles in the video that Yamaha has shared – the mid-sized full faired R7 and the hypernaked MT-09. Both the motorcycles are carrying Tamil Nadu temporary number plates like the other models in the sequence. That simply means that these models have been videographed in India. The video highlights all the products that the company sells in India at the moment apart from the two biggies.

This, we see, as a very big hint of the introduction of the R7 as well as the MT09 in our market. Few months ago, Yamaha’s current Chairman, Eishin Chihana, revealed that they have plans to bring the R7 and the MT09 (and the MT07) to our market. They wanted to go live with them within this year to save from the OBD-2 regulations (that will make OBD-2 on-board diagnostic technology compulsory) that are coming into force from 1st April 2023.

But there is a caveat – and that is a big one! In that conversation Chihana said that the these premium models (R7, MT09) will be brought to our market as CBUs (Completely Built Unit) that is bound to push the prices over the moon – as taxes on CBUs are more than 100% of the value of the product.

The MT07 is not a part of the video. Has Yamaha decided to omit that and instead the MT09 can be the lone offering in the hypernaked segment…? Well, let us wait for an official word from the company then…