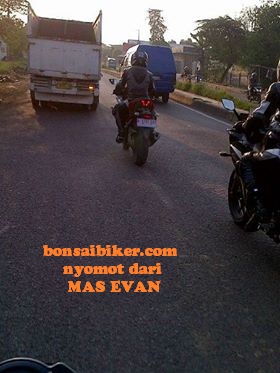 The Yamaha R25 has been spied again by the folks at Bonsaibiker.com. With the whole world waiting for the bike eagerly, every little spyshot is a ray of big hope for all the aficionados. Also the emergence of the bike’s spyshots in near production form a few days back, gave us a very good idea as to how the final product will look like.

Carrying on from our last article, the production R25 doesn’t appear to have the same aggressive riding stance of the Rossi-unveiled R25 concept which was based on the M1. For those of you who do not know, the M1 is Yamaha’s race-bred MotoGP motorcycle. It seems Yamaha may have preferred function over form and lent the production motorcycle a more rideable and back-friendly seating.

The motorcycle in the present spypic looks pretty much the same as the one that was last seen. One interesting thing that should be noted is that the photographer claims that this R25 mule’s revving sound matches very much with the rich notes of the Ninjas, twin cylinder hummmmssss..! 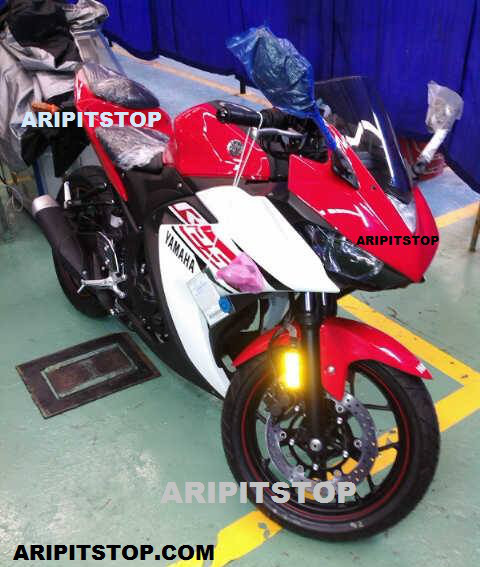 *This is an earlier spyshot which reveals the bike in total. Credit: Aripitstop.com

Yamaha R25 is expected to be launched in India and the company has also showcased the concept at the February’s Auto Expo in Delhi. Indonesia, the country where these R25 spyshots are emanating from is all set to get the bike first. Yamaha also launched the R15 in Indonesia very recently.

Yamaha has not revealed any official power/torque specs of the motorcycle and it is just a matter of time before we get to know all the details soon. Though the motorcycle looks a cracker, Yamaha may not have a real easy time selling it considering they are really late in the segment.