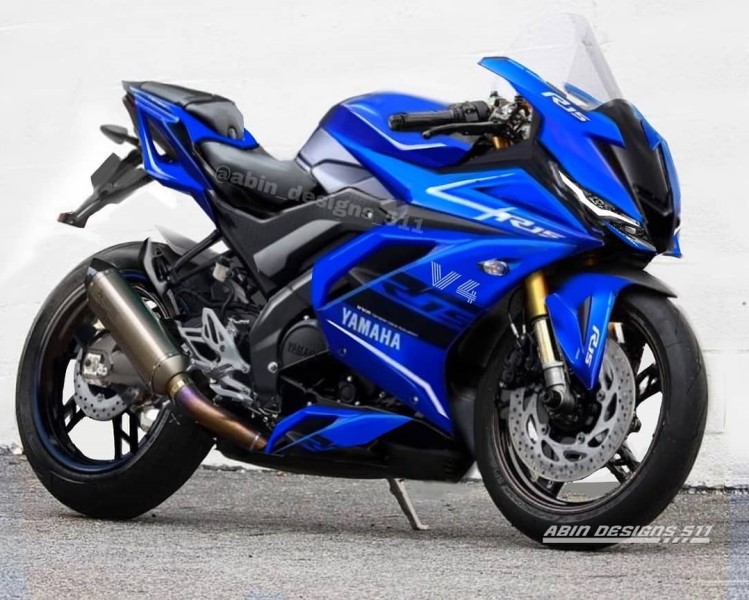 An imaginative rendering of Yamaha R15 V4 has emerged on the internet which looks absolutely brilliant. Let’s wish the next R15 is similarly-good….

Yamaha R15 has been a rage ever since it was launched here. The 150cc sportster gave India the taste of big racing sports motorcycles in a very small package. It debuted in India in 2008 and an update came here around 2011, which was called as Version 2.

Many years later, Yamaha completely updated the model and introduced it as the version 3 in 2019 (in India; Indonesia got it in 2017). It was this model that kicked R15’s sales in the Indian market and there has been no looking back ever since. It ticked all the boxes – looked beautiful and performed flawless as well.

Yamaha is now in the market with its version 3 since the last four odd years. And though it does not look dated from any angle, bikers have started to expect the version 4. An innovative digital artist, Abin Designs, has created a rendering of his imagination of how Yamaha should design the next generation model.

And we must say, if the next R15 is anywhere close to this, expect firecrackers from the market. The super-sharp eye-like headlamps have inconsistent DRLs and very thin headlamps. This is similar to the design theme that Yamaha is following for its bigger R series models. The chunky golden colored USDs add a lot of character (but they are, sadly, limited to international variants only).

The flowing body ends up in a chunky tail which gels well with the overall design. If this is asking for too much, Yamaha we wish you give us 70 percent of this design and you will have killer prospects. Do you agree…?