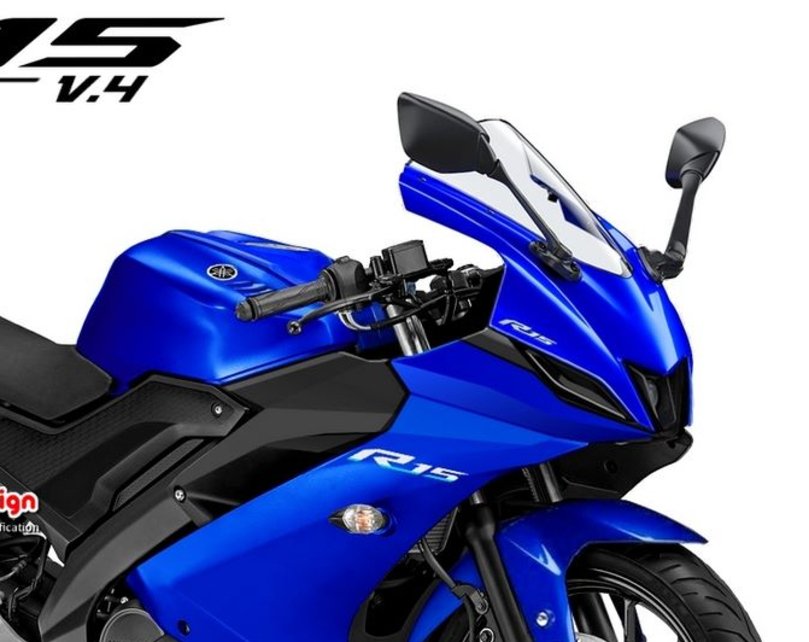 Speculative Yamaha R15 v4 pic (design rendering) has surfaced on the internet that reveals the possible styling of the upcoming model, with a new R7-like face…

Yesterday we shared the first ever spy shots of what clearly looks like the upcoming Yamaha R15 V4. The spy pics were, kind of, blurry but did give away the fact that the upcoming sports bike from Yamaha will have a different headlamp design. It may be similar to that of the latest entrant in the R family – Yamaha R7.

Based on that, a design render has surfaced from Indonesia that envisages the upcoming Yamaha R15 V4 with a single headlamp at the center along with twin DRLs on both the sides.

Maybe the Jap is planning to utilize the projection headlamp in most of its sportsbikes as a main design element. Some recent examples are the supernaked MT-07 and the MT-09, R7, apart from the smaller MT-15, FZX, etc.

As per the original spy shots that revealed Yamaha’s intents of the upcoming R15 V4, there aren’t a lot of changes to the sides and rear except for that front.

Though it is not clear, but in India the 155cc sportster may continue with conventional telescopic suspension (that may be upgraded to upside down forks in other international markets, as is the case currently). Apart from that, expect a new digital console with Bluetooth compatibility to be a part of the package, for sure. Dual-channel ABS, 6-speed gearbox, etc are a given!

With the 125cc segment expanding itself, there is room for sports 150ccs to move up the ladder. Expect the new R15 to cost more when it arrives, probably sometime around August-September this year.