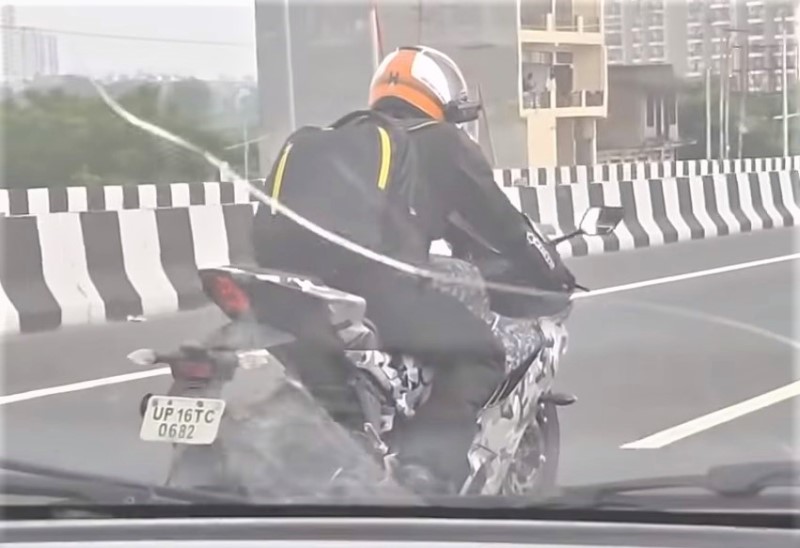 If you remember October 2017; BikeAdvice broke the first spy pics of the R15 V3 from India (here is the story). Back then the story was different as the motorcycle was already on sale in Indonesia; and it was Indianized for our market and ever since then it has been scaling new sales records.

Fast forward to July 2021 and we have the first ever spotting of what probably looks like the R15 version 4! However, the strategy appears to be different this time as there is no V4 anywhere in the world yet!

There are two test mules which have been spotted in Ghaziabad close to the company’s factory. The camouflaged test mules have similar styling as the current generation model from the sides and rear but there appears to be a big change at the front.

In the unclear footage it gets evident that there is a center headlamp – it could be a style very similar to the R7. Ditching the split headlamp of the current gen model, the new sportster from Yamaha could come with centrally positioned projector headlamp along with twin DRLs on both the sides.

Since Yamaha has already confirmed that its other models will get Bluetooth connectivity, expect a new instrumentation on this upcoming model with smartphone connectivity and a lot more information on display.

Expect the same, brilliant 155cc motor on the upcoming model but it would be interesting to see what tweaks does it undergo.

This is a big development and considering that Yamaha does not take a lot of time once its test mules reach road testing stages, we believe this could be launched as early as September-October this year – just ahead or around the festive season! And that fills one more spot in the FIVE upcoming Yamaha’s models for our market!