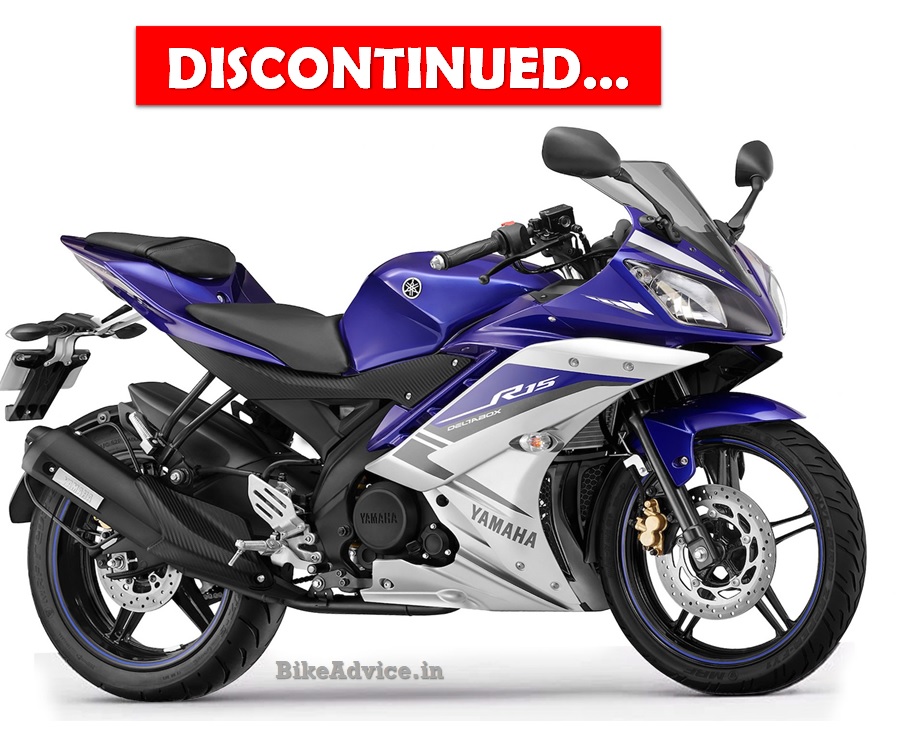 Yamaha R15 v2 discontinued after v3 settled down! Taken down from the official website…

Yamaha seems to have discontinued the R15 version 2 from the market as it finds no place on the website anymore. R15 v3, which was launched in February in India, is, quite obviously, the replacement of the outgoing model.

Yamaha kept on sale the R15 v2 for a little longer than what we had expected, probably to ensure the higher price tag doesn’t deter buyers from the brand altogether. And now that the R15 v3 has successfully taken over sales for the mini ‘R’ brand in India, the company thought it is good time to shelf the v2 off from the market.

It must be noted that Yamaha has kept the R15-S (which is based on the R15 v2) on sale to ensure they do not loose out on the customers who want a sporty motorcycle with a (relatively) comfortable pillion seat!

We have the R15 v3 for road tests in Delhi. Till we pen down its detailed review, you can go through our first ride here. Yamaha has recently commenced bookings of the R15 v3 MotoGP edition and may also bring in the M-Slaz which is based on the same platform to India.