R15 MotoGP changes are only cosmetic…

R15 has been Yamaha’s mainstay in India in the sports segment apart from the FZ range. It (R15 v3) got off to a very good start and deservingly so because it is an impeccable motorcycle for the money you pay and is the cheapest it gets to taste first supersport! Few days back Yamaha launched the new R15 MotoGP Edition which has started reaching dealerships according to pics on Pacer Yamaha’s page. 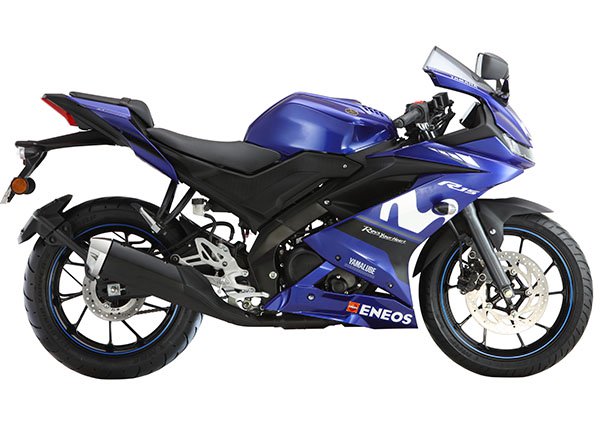 The mechanicals remain absolutely unchanged which means the same 19.3 PS, 15 Nm, 155 cc liquid cooled VVA engine does duty. It also continues with the conventional telescopic shock absorbers unlike the international version (which gets upside down forks).

Since this is a limited edition variant Yamaha has allocated only 5000 units of the motorcycle for India. At the time of this report going online, only 2813 units remain. Bookings opened from 16 August and you can reserve your motorcycle from this official link.

Booking amount of Rs 10,000 is to be paid at your selected dealership. Deliveries will commence from next month. Also Read: Yamaha YZF-R15: A Decade of Dominance. 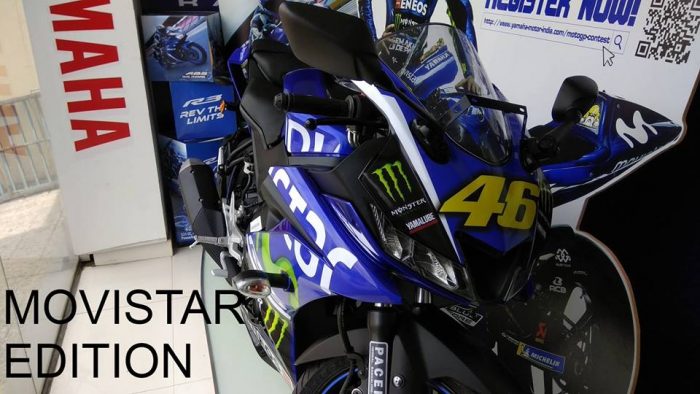 Interestingly, Pacer Yamaha has also kept on display what they call it is the ‘Movistar Edition’ which comes with newer decals, some of which are different from the official MotoGP version. It probably is a dealership customised version on display. 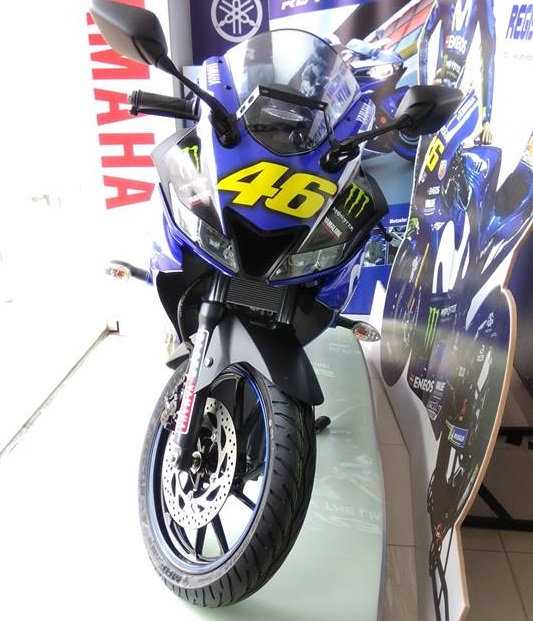 Amidst all this, Yamaha has also hinted at the possibility of M-Slaz for our domestic market (more details). And they have also been caught testing the 2019 R25/R3 very recently.