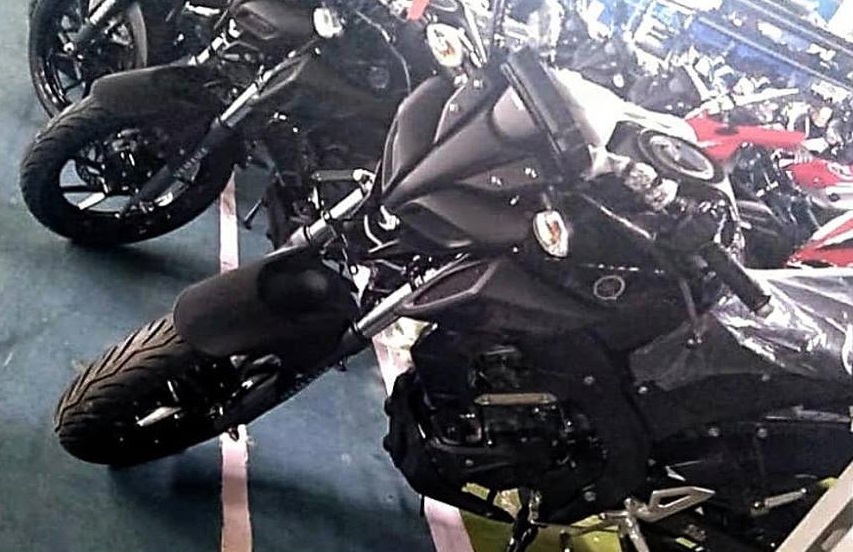 Yamaha MT15 black colour has been spotted for the first time. Its torque numbers however remain elusive as of now…

The next big launch for the year 2019 will be the Yamaha MT15, the naked sibling of the immensely popular R15. The India-spec model was first spotted a few days back in blue colour and it has again been spied in its second shade – black (which appears to be matt).

Like the R15, the Upside Down Forks of the international MT15 are gone. But unlike on the R15, where their visibility is slightly hindered (for good), because of the presence (and the bulk) of the fairing, their absence is making it a glaring view on the naked.

However, that aggressive (very!) headlamp is being carried over along with most other bits. Let us hope it is more illuminating than the one offered on the FZ25 range. In an earlier leak, it has been revealed that the 155cc liquid cooled engine, which has been lifted from the R15, continues to produce 19.3 PS of peak power – so no detuning there! It is equipped with VVA (Variable Valve Actuation) but it’s torque numbers are not known yet!

It is expected that the MT15 will be lighter than R15 and hence will have a slightly better power to weight ratio – and it may be slightly quicker off the block!

This pic (featured image) seems to have been snapped probably at some Yamaha’s facility and may be signifying that the production has commenced. Launch has been scheduled for 15th March at Buddh International Circuit and hence, on this day, along with its price, we may come to know about its track behaviours.

Yamaha has been making naked versions of R15 since the last many years but they have decided to bring one to India only now. We have discussed the reason here.