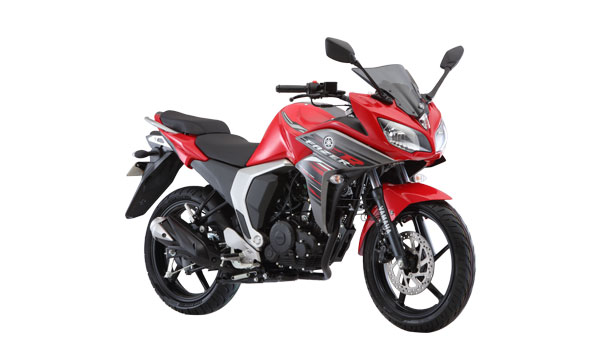 Yamaha Fazer discontinued; taken off from the website. But there are chances that it may be updated on the same theme of sibling FZ…

Yamaha has revamped its lineup in India; they launched the new R15 version 3, FZ version 3, updated the 250cc Fazer and FZ25 and brought to our market the naked MT15. However, there were two prominent motorcycles which were left unattended – Fazer 150 and R15S.

Yamaha has not been shipping the unibody seat equipped R15S since the ABS ruling kicked in around the April 2019 deadline. And looking at the sales the brilliant R15 v3 is garnering, it appears that they do not need the less-sporty version at all! Since that motorcycle is based on the older version of R15, it appears that it may not get any update. However, let us clarify that it continues to find a place on the website at the moment.

The confusion is, however, on the other motorcycle – Fazer. Yamaha has not updated the Fazer with ABS which has limited its sale in the market. And after many months of the updated FZ, the faired sibling has been taken off from the website. It is logical to expect its version 3 with similar changes of the naked FZ but it looks like either it is not on the cards or if it is, it is not in Yamaha’s priority list at the moment.

Yamaha R15 & FZs Get Another Price Hike in 3 Months

Considering that there is a considerable gap between the FZ-S and the next model MT15, Yamaha can neatly slot in the Fazer to rival the Pulsar 220 and others. Let us wait and see if and when Fazer gets updated. For now, there are subtle signs of the possibility of the new-gen R3 making its way into India…