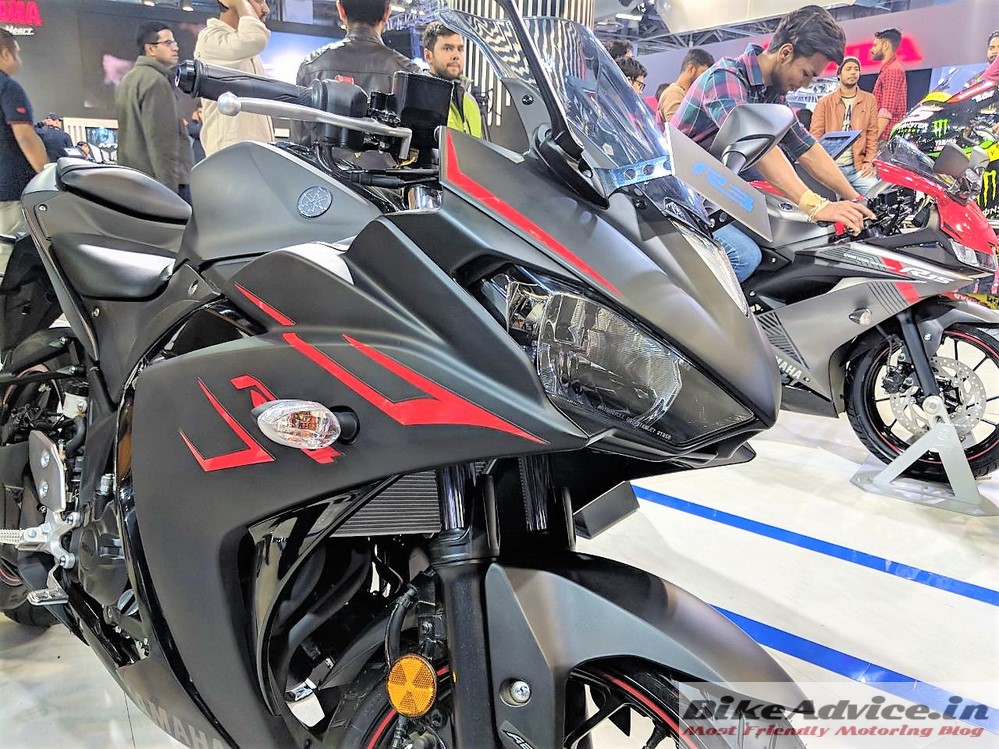 Yamaha R3 sales have fallen to nought in the last two months! Does this mean we are up for the 2019 version…?

Yamaha launched the 2018 R3 in India at the 2018 Auto Expo in Noida. Though it continued with the same engine and looks, Yamaha added two important things to the motorcycle – dual channel ABS as well as Metzeler M5 tyres (in place of MRFs of the older version) at a marginal hike in prices.

It looked like a good deal initially before Kawasaki played spoilsport and introduced the new localised Ninja 300 at shocking price tag of 2.98 Lakh, with ABS! It is continuing with the same till now. Recently, Benelli also got into the game with a price slash on its 302R and it now costs 3.10 Lakh. Which means that slowly, opponents have upped their game which has impacted R3’s sales.

Not a single unit wholesale for two consecutive months may probably mean an end to the current-generation model. And it may signify that the company may be preparing the 2019 version which looks a lot more aggressive and better resonates the ‘R’ brand. Yamaha has already announced that they have ‘several new’ sports motorcycles planned for this year (more details).

They are already done with the ABS models of R15, FZ25/Fazer 25 and have introduced new-gen FZ and brought in the all-new MT15 to India. This means that the focus should only move upwards, to the R3. With this we await some concrete hints/inputs from Yamaha…