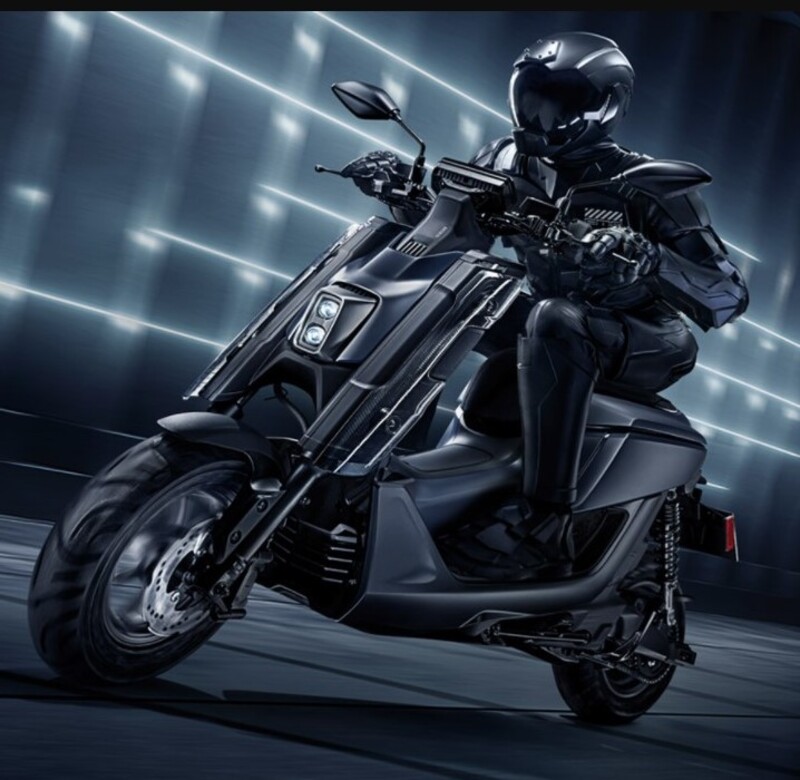 Yamaha has unveiled their EMF electric scooter in Taiwan which is developed in collaboration with Gogoro.

Gogoro is a sustainable mobility solutions provider company based out of Taiwan. They are pioneers in the EV domain and have developed a battery-swapping refueling platform for urban electric two-wheel scooters, mopeds and motorcycles. In India, Gogoro also have their presence as it has partnered with Hero MotoCorp to develop electric vehicles and battery swapping infrastructure.

Through their Electro Motive Fighter (EMF) electric scooter, it appears Yamaha is trying to evolve the electric scooter world. The EMF carries a futuristic and minimalist look combined with distinct aggressive styling.

When seen in the Indian context, we do not expect this electric scooter to come to our shores. But what is good to see is that Yamaha have started venturing in the electric space and soon there may be products for our market as well.