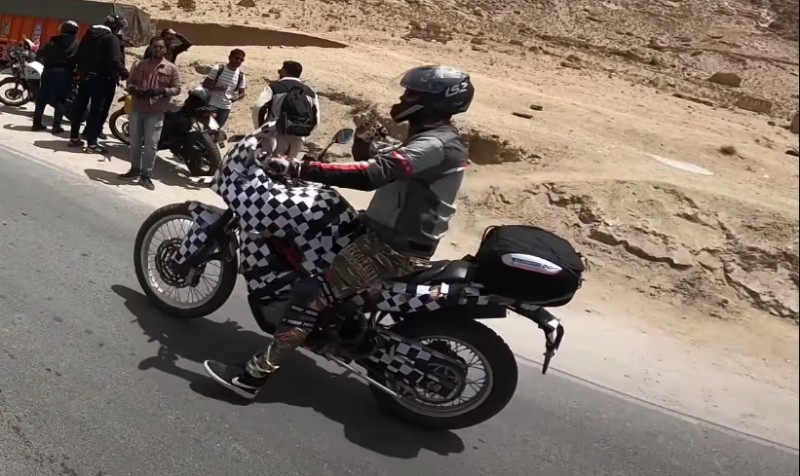 A new report claims to know the exact displacement of the upcoming bigger Xpulse. Xpulse 400 launch is touted for late next year 2023.

Hero MotoCorp has showcased some brilliant big motorcycle concepts at various Auto Expos, however, almost none of them have made it to production. But when it showcased an unfinished ADV prototype in 2020, people stood up and took notice.

With frequent spy pics of a bigger Xpulse doing rounds (along with other test mules), we believed that it will carry a near 300cc engine. There are various reasons for our belief. Here are a couple of them…

However, a new report at a Car&Bike claims that the bigger Xpulse will sport a 400cc engine – 421cc to be precise! That is more than double the capacity of the current Xpulse 200. It definitely opens up big possibilities and has us excited. Considering that Hero harps on modern motorcycles we can safely expect much better specs than the current Himalayan 410 and in fact, they can be closer to the KTM 390 Adventure as well.

What makes things more interesting is the fact that the current Xpulse has established itself as a brilliant off-road centric ADV and with more firepower under its belly it can plug the one big gap – of being slow on highways.

According to the source the launch of the Xpulse 400 is still some time away and it could be expected in the second half of next year – if things do not get delayed further.

With no conclusive evidence we are taking this report as a rumor for now but deep down we definitely expect this to go true. We have already started visualizing the treat the Xpulse 400 would be…!