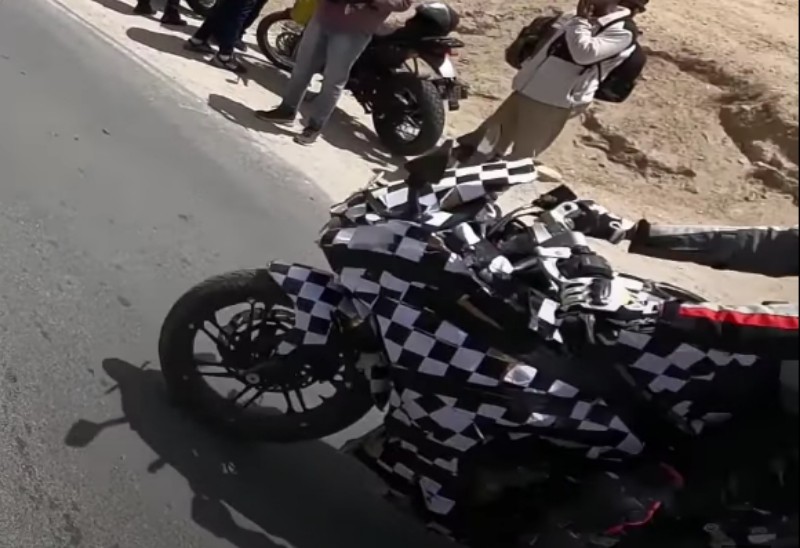 Are these first ever Karizma 300 pictures? Hero has been caught testing a full faired sports motorcycle around Ladakh. Let’s talk about it…

Ever since it split with Honda, Hero had this task of saving its base, forming its own R&D and ensuring it penetrates in the sports segment. It has managed to tick the first two boxes and the focus is now on the third one.

The new 200cc platform has gotten them some traction and the company is now in the process to leverage that. For the same, it is testing at least two of its big motorcycles that were caught testing somewhere near Ladakh. We have talked about the ADV here and in this story let us quickly skim through the full faired test mule.

Though there is no confirmation on the exact cubic capacity, we believe both these models will run on a near 300cc engine – that will be a good (and manageable) update for the company. And though we do not have any concrete evidence of the same but can this be the return of the Karizma moniker; may be Karizma 300…?

The seating posture of the rider suggests that Hero will adopt a relaxed, upright rider geometry to project this as a sports tourer kind of a model and not an aggressive track racer. However, we would like to add that the handlebar positioning on the current Xtreme 200S is way too high and instead, Hero can lower it a bit on this 300.

We can notice that this test mule is running on fairing mounted rear view mirrors (on the Xtreme 200S they are mounted on the handlebar), 14 spoke alloy wheels, petal discs, etc.

This will definitely be the sportiest motorcycle from Hero MotoCorp ever apart from the fact that it will produce the highest power as well. Based on the ADV prototype Hero showcased in 2020, this upcoming model may come with liquid cooling – which will be a first for Hero as well.

There are very early days to understand a lot about the motorcycle – however, what we have now is the blueprint of how Hero intends to penetrate in the near 300cc space in the coming future. With this we wait for more sneaks/spy pics to trickle in…