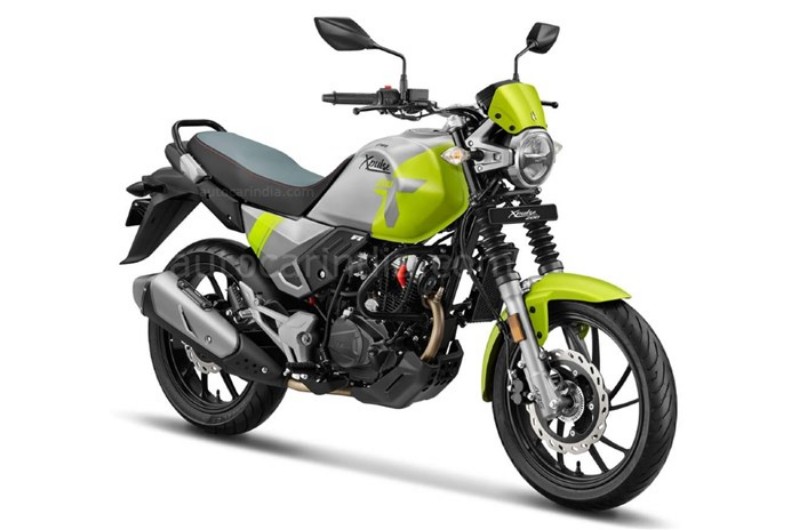 2022 Xpulse 200T will come with some cosmetic as well as mechanical changes. We believe it will get slight more firepower than before…

Hero branched out four different models on its 200cc platform – 2 of them (naked and full faired) were sold under the Xtreme moniker while the remaining 2 (ADV and tourer) were placed under the Xpulse umbrella. On one hand the Xpulse 200 – the Adventure motorcycle that Hero has continuously been updating – has received a very good response from the market, but on the other its tourer cousin the Xpulse 200T has not been as successful.

To try its hand in this segment again, Hero MotoCorp has readied an update of the 200T which, we know, is coming soon. Meanwhile, the upcoming model has been completely leaked in what appears to be a studio shot. Here are the changes that we can notice..

Aside the changes, it also reveals the new color theme Hero will use on the model. Basically, the idea appears to be – present the model as a funkier offering with bright, dual tone color theme.

Apart from this, the oil cooler also looks to be bigger and there are all the possibilities of this 2022 Xpulse 200T getting the better 4 valve version of the 200cc engine – that has bumped up the performance on the Xpulse 200 as well.

With the festive season knocking the door, Hero will definitely want to bring the updated Xpulse to the market ASAP. So, expect a launch announcement anytime soon…