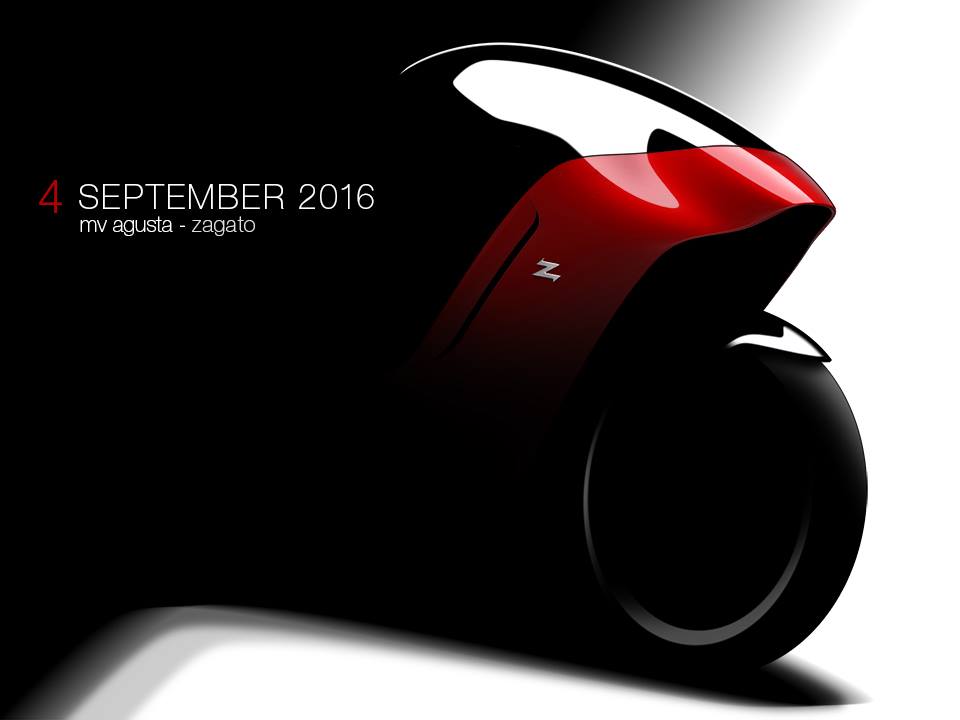 It is not everyday that MV Agusta teases about a new product. That too something which you least expect it to. Yes, the Italian motorcycle artists are set to unveil a motorcycle on September 4, 2016, which has been designed in collaboration with the Milan based design firm Zagato. Sounds simple?

Just have a look at the teaser image. Yes, it does not reveal much except for a wheel, and well, a protruding canopy, but what exactly is this? Is it a motorcycle or a trike? Or something totally new? Yes, we are going to head to September the 4th just as empty headed as anyone, unless of course the folks at MV Agusta decide to lower the suspense levels a bit.

The Zagato logo (the ‘Z’) is clearly visible and yes, the image is being teased on their social media sites as well. The firm has solid designs backing its claim to fame, Remember the new Aston Martin Vanquish Zagato coupe? However, they have not been known to be ‘into’ motorcycles. Based on what Mr Castiglioni revealed recently, the troubled bike maker, who are coincidently based very close to Zagato’s doors, have two motorcycles expected at EICMA.

One of these is a special edition version of an existing product, while the other will be an all-new piece of machinery. The Italian had earlier also confirmed that MV Agusta will not be building a 300-400 cc motorcycle as he fears that it will mean death to the whole idea behind the brand.

The legendary Italian bike maker has also recently entered the Indian market in collaboration with Kinetic. They already have two outlets up and running (one in Pune and the other in Ahmedabad) with aim to increase the total soon.