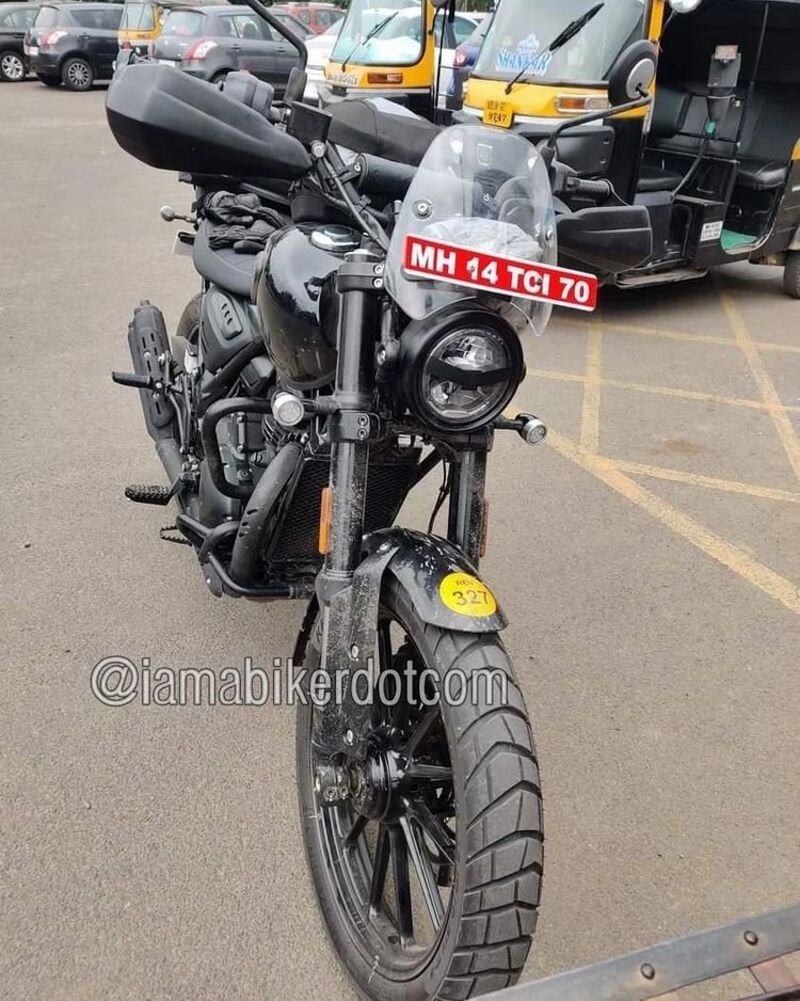 Bajaj-Triumph Roadster spied in India. It looks to be in the final testing phase and could debut really soon…

Many motorcycle giants like BMW Motorrad and Triumph have realised what a gem this segment is and s going to be – and are working with their respective partners to develop and introduce their own products to enter this lucrative segment.

With BMW Motorrad already introducing their BMW G310 RR in India and soon overseas, now it’s the turn of Bajaj-Triumph’s partnership bike to make its debut in India and globally.

And guess who landed on our shores recently!!

It was back in February 2022 that we got our 1st glimpse of the fabled Roadster being tested overseas. Since then, the Bajaj-Triumph roadster has been spotted here and there, but never on our soil.

However, it was a great surprise that thanks to an online portal, we have our 1st upclose and very clear images of the Roadster that spawn out of the Indo-British partnership.

And that too being tested on Indian soil, near the Bajaj plant in Pune.

Looking at the test-bike captured in India, it is largely the same bike that was spotted in the U.K. 7 months ago. The new roadster has the lines of the Triumph Speed Twin but is a modern iteration of the roadster.

It has no aesthetics of the old-school machine that the Speed Twin is. The new roadster has all the elements of a modern and muscular roadster – which evolves our perspective to a Roadster very similar to the famous Triumph Trident 660.

Yes, bikers!! We can soon have our very own Trident-esque machine parked on our porches/garages, looking at how the new baby roadster is going to be.

Looking at the test-bike, it appears that Triumph have designed the bike to be a more capable machine than just a normal roadster. The test-bike has a small wheelbase with the pivot-point of the rear swingarm right below where the rider will be seated. This feature is characteristic of Scramblers and Adventure bikes – derived from proper dirt bikes and motocross bikes – which makes them very responsive to rider inputs and very agile because of the smaller wheelbase.

The new roadster will be utilising modern suspension hardware – made up of thick Upside Down (USD)forks at the front and a monoshock setup at the rear. Dimension-wise, the bike also appears to be smaller, as evident by the fact that the bag mounted on the rear completely takes up the pillion space.

Other features we can make out on the test-bike include – a round headlight unit, a teardrop-shaped fuel tank, split seats, a tubular frame, and an upswept exhaust unit split into 2 exits and 17” alloys front & rear.

The lighting system appears to be full-LED which includes the headlight, tail-light and the turn-indicators to add to the premium appeal of the bike.

This particular test-bike was captured loaded with a single soft bag on the left side, a luggage bag mounted on the pillion seat and a tank bag. This means that the company will be giving the roadster a tourer identity as well and could be offering relevant accessories for it as well.

Expect the new Bajaj-Triumph roadster to make its debut probably at the Rider Mania 2022 or somewhere in the first quarter of 2023. It will be a proper rival to the Royal Enfiled 450 platform-based roadster which has been spied on multiple instances recently.

What a time to be alive – so many new enticing machines, just waiting to be unleashed – so many bikes coming – confusion-galore for us riders!!