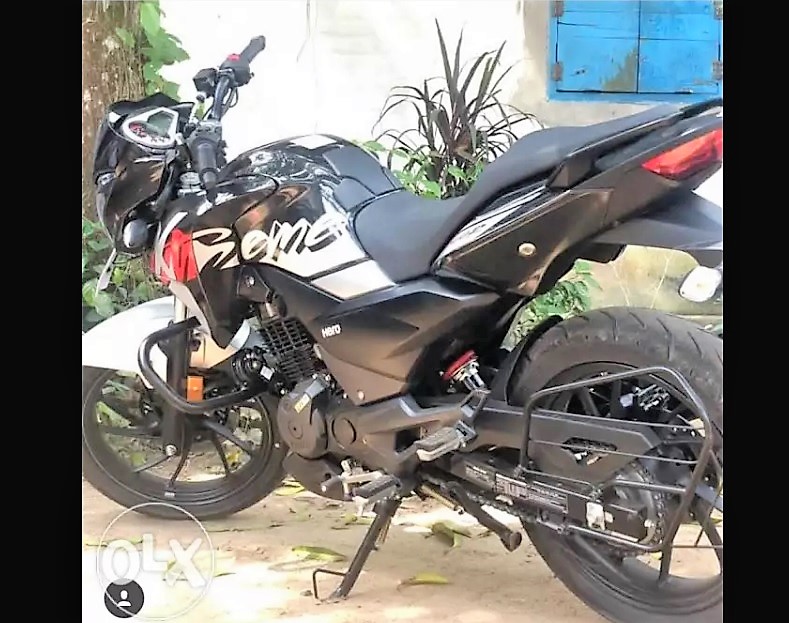 Hero has had a torrid time in the 150cc+ space ever since 2014 when they first took matters in their hands with Karizma and introduced the newer-gen versions. Not learning from their mistakes, they, for some weird reason, relaunched the established failure models yet again this year (without any changes) and the end result is that they are hardly doing 10-15 motorcycles every month (more details).

That is not all, their first 200cc motorcycle Xtreme 200 which was scheduled to launch last year is still not out in the market whole-heartedly! Probably because they want to play safe, Hero does not disclose official monthly sales numbers, so we are unsure of how many units has the very well-priced motorcycle registered so far…

Nonetheless, while casually browsing Olx.in we noticed that people have already started selling off their brand new Xtreme 200s in the market. We can at least spot two such instances on this portal. Pasted below are the respective screengrabs.. 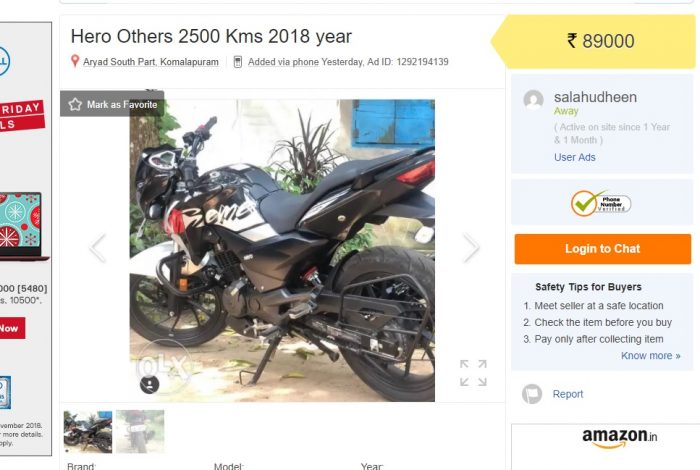 This particular model is claimed to be just 2500 kms and two months old and with a claimed fuel economy of 55 kmpl. The price he is asking is Rs 89,000 and the reason of his sale is ‘money problem’, as mentioned. 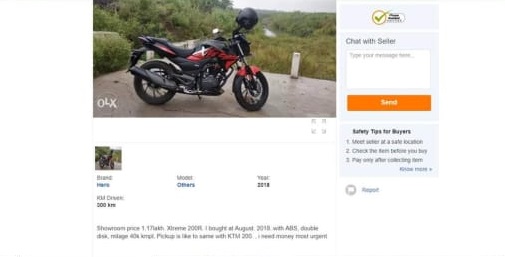 This one is just 300 km ridden and was bought in August 2018. He is claiming its fuel economy to be 40 kmpl and its pickup equal to Duke 200! Again ‘urgent money requirement’ is the reason of sale.

Xtreme 200 vs Apache 200 Drag Race: Reveals How Terribly Slow the Hero Is…

Money requirement could be the real reason for sure but could this also be a precursor to the ‘lack of contentment’ among buyers. Because when someone buys a 200cc motorcycle his obvious expectation in India is that he is buying a ‘powerful sportsbike’, and Xtreme’s attractive price point also lures him into getting one. But Xtreme’s on road performance is only comparable with 150-180cc motorcycles of current times.

Anyway, we just hope this motorcycle does well because Hero is promoting it very aggressively and they need a higher end motorcycle to do good to imbibe that confidence in them that they can also have some space in this segment. Any specimens of used Xtreme 200R on sell you have seen…?