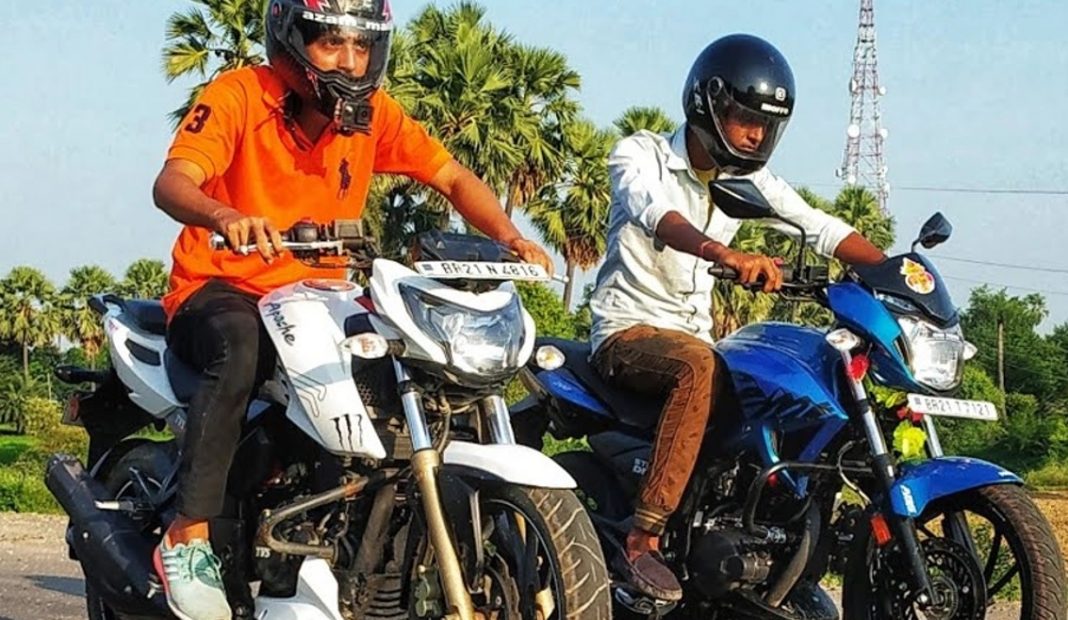 What do a lot of current bikers do when they have similar capacity motorcycles – Race! A Youtube channel named Rough rider Azam, probably run by youngsters, have pitted the latest 200cc Hero Xtreme 200R against the Apache 200.

It is known that Xtreme 200 is officially the slowest 200cc motorcycle of our times but that is on paper. Can it turn tables on the road? Watch this video to see how it fares…

Nop, as the clear answer is! But what further aggravates the image of Hero’s first ever 200 is the way it lost to Apache 200 which is only marginally powerful if we talk about outright specs.

Apache 200 produces about 2 PS, 1 Nm of higher power and torque respectively while both of them weigh almost similar kilos. Despite this limited difference, Xtreme 200 loses out against a similar capacity motorcycle like it (Xtreme) is a 150cc – the difference is simply massive.

Though this is obviously not conclusive but it definitely is indicative of the fact that Hero has made the motorcycle without an iota of sportiness in mind; we knew it’s thoroughly commuterish in design but it appears that it will be similarly non-performing on the road if we talk only acceleration numbers.