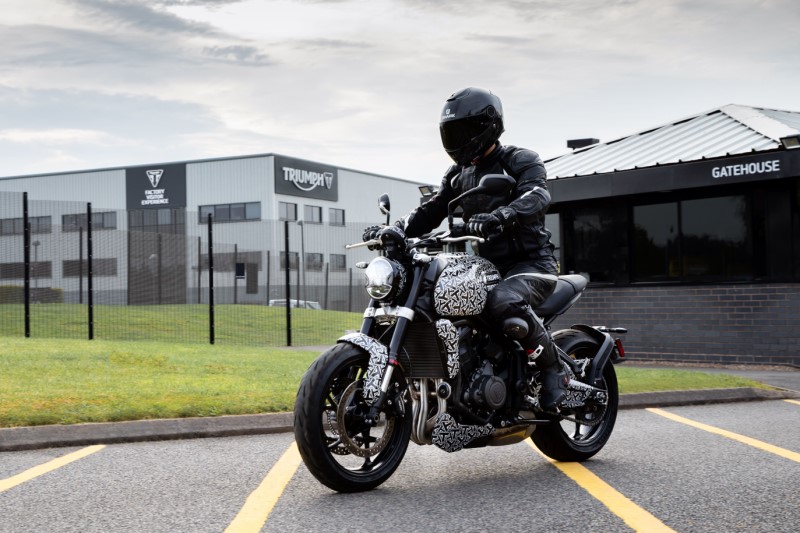 Every maker has understood that the world is moving to mid-capacity motorcycles and that is why Triumph is focusing on bringing its most affordable bike which is labelled as Trident. Officially announced a few weeks back, Triumph has dropped some camouflaged pics of the roadster in our mailboxes.

It says that this ‘test photography‘ showcases the model in the final stages of testing. Triumph will freeze the final product very soon after working on its development for the last four years. It has announced that Trident will be launched in spring 2021 which means we are looking at the first half of next year. Additionally, Triumph has also confirmed that it will fully reveal the Trident very soon.

These pics have been snapped near Triumph’s global headquarters and design facility at Hinckley in UK. The company is targeting new generation of riders to come into the fold with the Trident.

It is already known that Trident will come equipped with a three cylinder engine – chances of it being the Street Triple S’ 660cc motor are high – which produces 94 bhp of power and 66 Nm of torque. Trident may be a near 6 lakh rupee motorcycle and a possibility of it arriving here in India are also high.