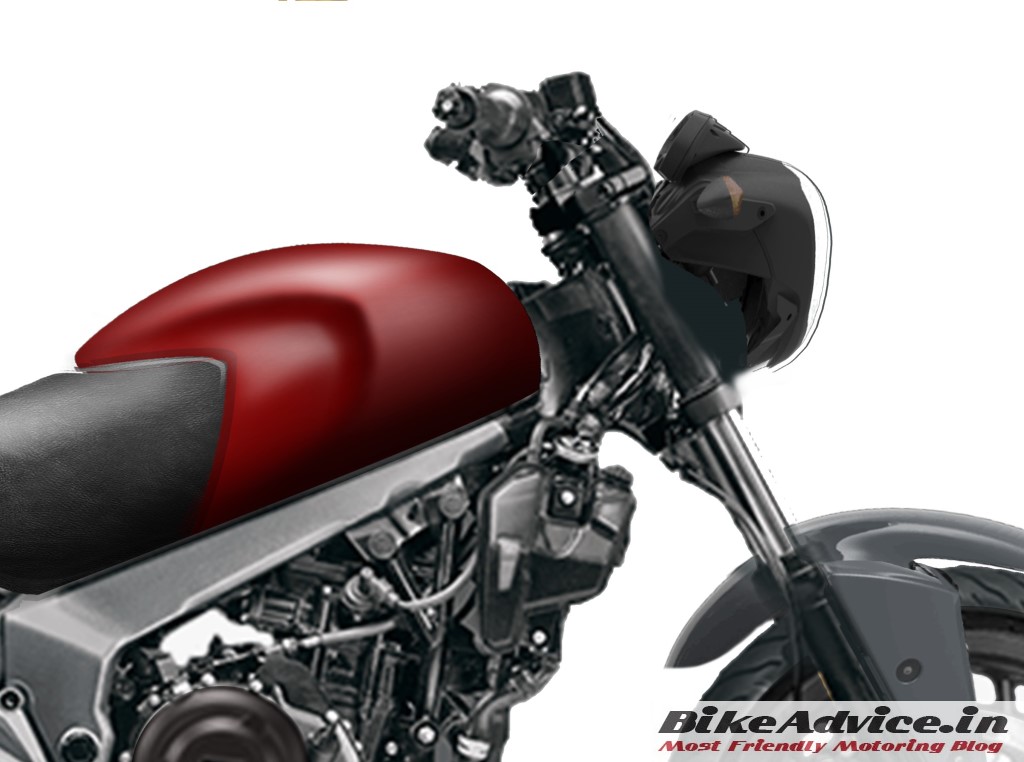 Bajaj and Triumph are together to make small to mid capacity motorcycles. But more surprising is the fact that they will start their innings with a sub 2 lakh motorcycle which will be marketed under…..wait a minute… Triumph’s brand!!!

We have discussed a lot about the motorcycle – that we believe it could, more aptly, be a 250cc motorcycle, than the widely speculated 200 (here is our opinion). We also believe that to attain such an aggressive price tag, the upcoming motorcycle could be a classic/roadster or something similar which has less of bodywork and gizmos.

In pursuit of the same, one of our reader who goes by the name Atheist Priest has shared a speculative rendering of the upcoming Triumph motorcycle.

He informs that the idea was to make a less intimidating, neo-classic styled bodywork. His model here carries Dominar’s chassis with a round headlamp, minimal bodywork, basic tank and an elongated wheelbase. It also has subtle hints of Triumph’s Speed Twin.

The speculative rendering carries Triumph’s branding on the rear cowl as well as the engine. In the real motorcycle, to cut costs there will surely be few parts (or even a platform) that could be shared with existing Bajaj/KTM motorcycles and this is precisely what this model does.

What do you think – should Triumph go this way for its first or should it be a more Bonneville-like classic design?

You can also get featured on BikeAdvice – simply share interesting tips, renderings, user reviews of your motorcycles with us at admin[@]bikeadvice.in (remove brackets).