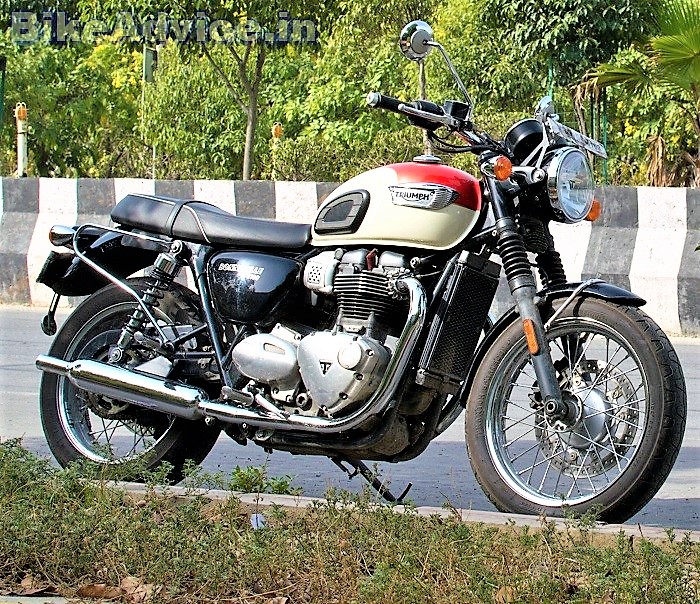 Triumph’s upcoming 2 Lakh bike could be Bonneville-like retro classic. This makes for the best possible scenario for the duo…

Bajaj and many other manufacturers have understood that Royal Enfield’s segment – the classic retro motorcycles, is one of the most profitable areas they can move to as a part of expansion. Many, including Bajaj, have tried but they haven’t seen a lot of success so far.

The only maker that has seen some traction is Jawa which was resurrected by Mahindra very recently (in November 2018). Many makers are targeting this segment of buyers and Bajaj has been pretty vocal about it. In fact, Triumph Motorcycle is a very old British brand which is also known for its retro classic motorcycles. This could be one reason which made this Bajaj-Triumph deal click.

Bajaj already has a stake and partnership with KTM which makes motorcycles ranging from 125cc to 375cc in India. KTM specializes in modern, street motorcycles apart from the latest ADVs. With Triumph, Bajaj may consider offering motorcycles in the opposite spectrum – ie classic motorcycles which will also ensure lesser or no cannibalization with KTM.

This is why the concept of a small classic roadster – a Bonneville-like motorcycle looks sweet (and possible!). And considering that it will be sold solely under Triumph’s moniker, it may end up benefiting the duo more. It has officially been said that the entry point will be under Rs 2 Lakh and I believe it could be a 250cc engine platform that the brands are co-developing (more details).

Summing it up – as I see it – probably the first motorcycle to emanate out of the Bajaj-Triumph partnership could be a 250cc CLASSIC Roadster/Cruiser which could directly rival Royal Enfield under the famed Triumph brand – makes for a lovely recipe of success!

Bajaj-Triumph has also revealed that multiple forms will be made on this one platform that is under works. But a lot will depend on how the first product fares. A retro motorcycle can be made without the use of a lot of the latest technology which will allow that unrealistic-and-confirmed price tag of ‘under 2 Lakh‘!