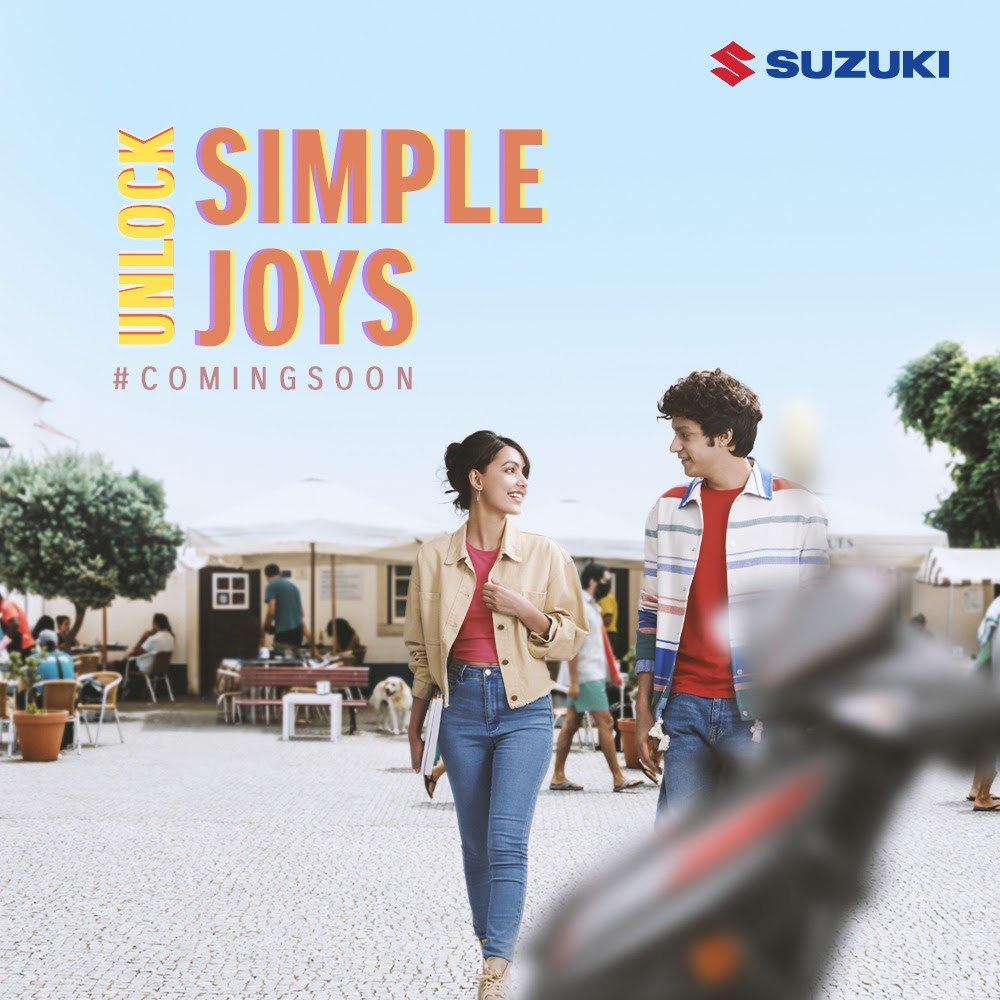 Upcoming Suzuki scooter looks sleeker and sportier in teasers. It is not known if it will get an electric motor or IC engine…

Suzuki had sent out invite mailers asking us to block 18th November for one (or probably more) of its upcoming products. Nobody has any clue on what is it going to be, but a casual rumor suggested that we could see the company introducing the Burgman Electric in the market – the company’s first electric scooter for India.

This stemmed from the frequent and recent sightings of the scooter’s test mules (spy pics here).

In a build-up to the event, Suzuki has been sending out teasers on its social channels that reveal that it is a scooter that we will witness getting unveiled. However, it is NOT Burgman Electric.

The unclear pics of the scooter suggest that the company is making a sleeker, sportier version, similar to TVS Ntorq or Honda Grazia. The upcoming scooter has an apron-mounted headlamp with side blinkers on the handlebar. It gets an all-digital instrument cluster along with a tiny visor.

What we still do not know is whether it will come with an electric powertrain or the conventional IC engine. One of the teaser lines reads…

The term ‘differently’ hints at the possibility of this being an electric scooter, however, there is nothing concrete that could suggest that it will, indeed, be an electric 2-wheeler.

We can think of one possibility – Suzuki was just testing its first electric scooter’s platform under Burgman Street’s clothing and this platform will get a deserving, sleek, new skin. And to speculate further, this could be called as Swish!

Anyway, the wait is not very long and we should have all the details of the upcoming Suzuki scooter day after tomorrow…