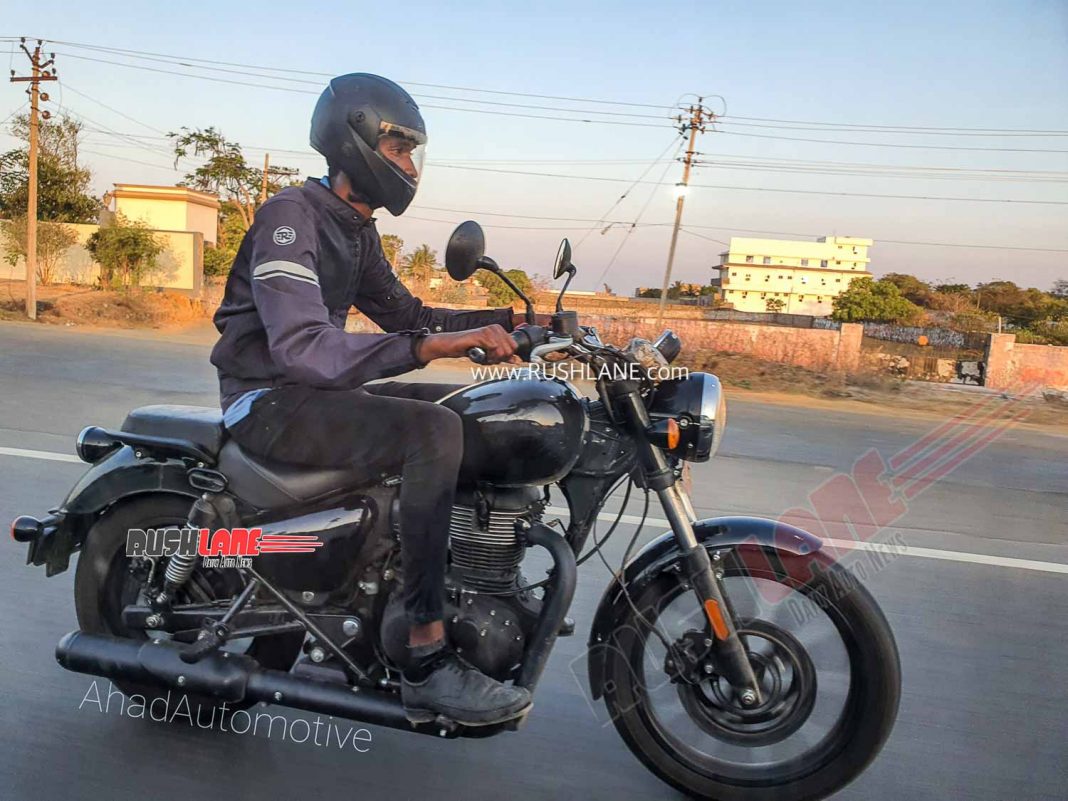 An upcoming Royal Enfield motorcycle has been spotted testing in ECR, Chennai without any camouflage; appears to be coming soon…

Royal Enfield is working on a lot of new motorcycles to arrest the falling interest in its product line. Spotted on road is one of its upcoming motorcycle without any camouflage whatsoever!

The under test motorcycle has a low-slung profile with a cruiser like open chested seating posture and forward set footpegs along with a broad handlebar. The motorcycle looks to be a logical successor to the Thunderbird family but there is a possibility that Royal Enfield may chose to offer it under a new brand name. It has already filed for patents of names such as Sherpa, Hunter, Flying Flea and Roadster.

This under test mule may get a commercial name from this series or it may be offered under some other brand name. There is a speculation that the Chennai based maker will introduce a new motorcycle next month which has been codenamed as ‘J1D’ (link to report). This could be that model considering that it appears to be closer to production and has dropped all the camouflage as well.

On the product front, it features a single-pod instrument cluster (with analogue and digital read-outs), front and rear disc brakes, split grab rails and all-black styling.

What capacity engine will it offer can not be predicted by just looking at it but it may hover around that 300-400cc displacement range. Though the company has updated its 350 cc, single cylinder bread and butter pushrod engine to Bharat Stage 6 emission norms, it is believed that it is building new, technically better engines for its new-age motorcycles. This motorcycle also does not appear to be running a kick starter…