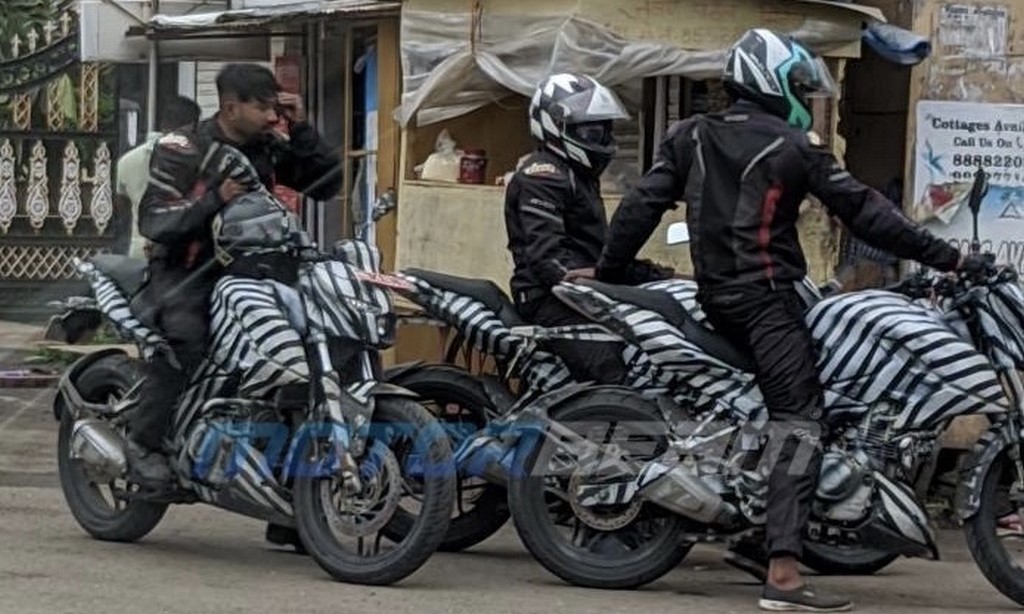 Upcoming Pulsar 250 will be launched around November this year. Apart from NS, there are hints of FZ25 as well as Apache 200…

The upcoming 250cc lineup of Pulsars will also include a naked variant apart from the much talked about semi-faired version. A group of the upcoming streetfighters were spotted at Raigad, Maharashtra. Though they are being called as NS250 by the source, we believe Bajaj may NOT use the NS moniker on them.

These bikes have been carefully camouflaged but the headlamp design is revealed. You can see a projector headlamp there which reminds us of the new FZ25. However, there are twin DRLs in place of the single unit on the Yamaha.

Apart from a resemblance with the company’s own NS series, there are subtle hints of the Apache 200s as well.

Apart from an imposing fuel tank, we can also notice engine underbelly and short exhaust canister. Additionally, the spy pics reveal the naked Pulsar NS250 having split seats and an edgy tail section.

As expected, there are disc brakes on both the wheels but it will be interesting to see if these quarter liters get twin channel ABS. Currently, the biggest Pulsar 220 comes with a single-channel unit.

The 250cc engine will support both air and oil cooling. It may also come with Variable Valve Actuation or VVA technology.

Bajaj Does a Pulsar – Dominar 250 Launched in Dualtone Colors

According to Rajiv Bajaj’s recent revelation, the ‘biggest Pulsar’ will be launched around November 2021 (more details). Despite the bigger engine size, expect aggressive pricing considering that these 250s will not be as loaded as the current 200s!